When it comes to meet ups, no one really does it better than the official Disney Parks Blog. They really know how to treat fans with that “Disney Magic” that everyone’s always going on about, and they have the best stuff to give fans. Over the weekend Disney Parks Blog held a meet up for a group of fans (and Disney fansites) to experience the world of their newest animated classic Wreck-It Ralph. What better way to bring fans into the world of a video game movie than by putting them in a video game world? 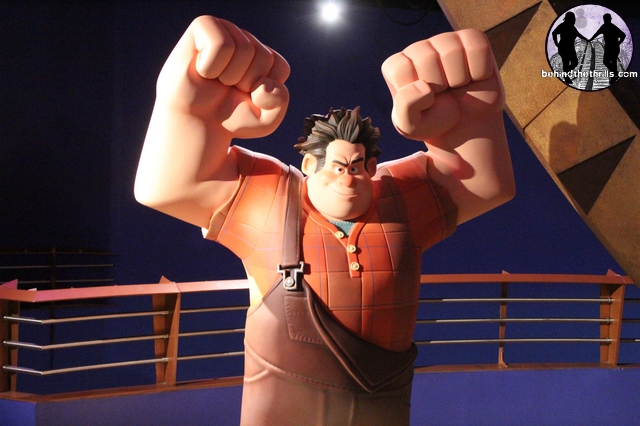 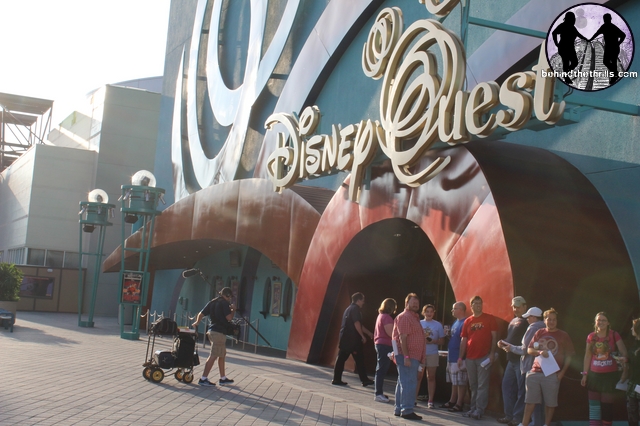 Hundreds of the chosen lined up early Saturday morning for a chance to play at Disney Quest, but also and more importantly see Wreck-It Ralph three weeks early! Once inside Disney quest there was a life sized (or human sized) version of Ralph. Makes for a great photo op that will remain at DisneyQuest for the entire run of the film. 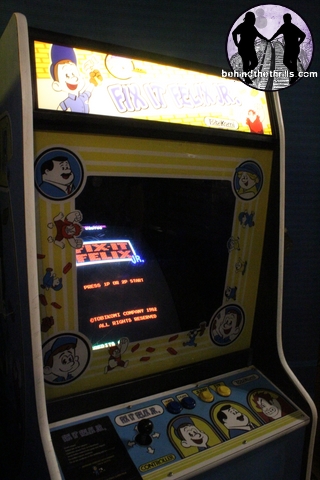 Lots of activities included a chalk artist doing a rendering of the film’s hero, a video game tournament in which winners won prizes(my son won a Fix It Felix hat), and a Lego demonstration where guests could build environments from the film. But the highlight wasn’t the Hero Medals, the delicious cupcakes or the hours of fun had at DisneyQuest. No, the highlight was getting to play the Fix-It Felix Arcade game from the movie. I’ve been a huge fan of the game online, and jumped at the chance to play in real life. The game plays a lot like Donkey Kong, and just like the old arcade games from the 80’s it is very addicting. In this day and age of high tech graphics and games you can play at home, there’s a lot of joy to be had in the classic style games…I believe they call that nostalgia.

The really good news is that DisneyQuest is about to get really popular. The film is outstanding, and there’s only one place on the planet that you can currently play the original Fix-It Felix Jr. game. DisneyQuest will keep a few of the game consoles around from now on, so once you see the film you can go and play the game!

Also, if you want to get even more Wreck-It Ralph you’ll be able to see walk around characters in the parks starting this week! We were able to catch a sneak peek, but unfortunately no pictures were allowed in the theater. However, Disney Parks Blog did release this picture 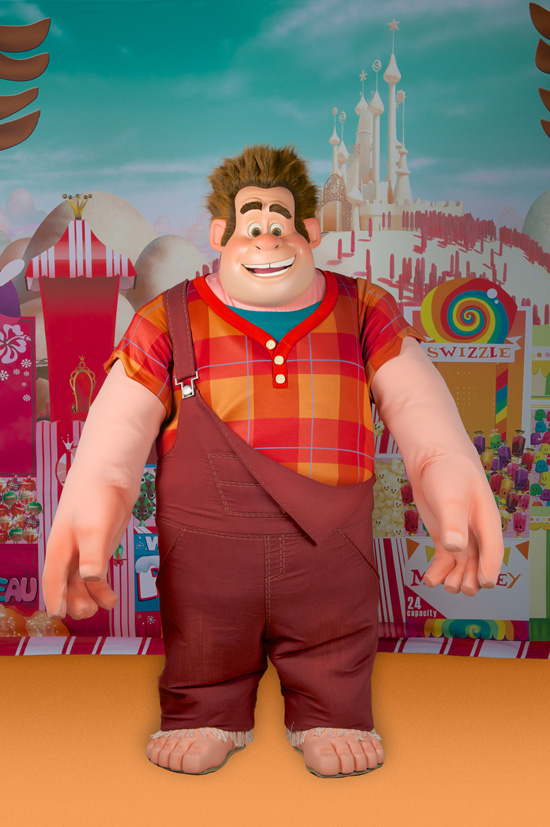 Here are a few more pics from the event:

Disney Parks Blog is the official blog of all the Disney Parks and they get tons of great information before anyone else. You can see first looks at attractions, or the latest recipes and merchandise. The most important thing is that they often do meet ups for their readers which gives you access to some of the coolest happenings in the Disney parks.
Visit their official page, and be sure to follow along for some cool contests coming up in the near future as well as first looks on all the latest Disney happenings.