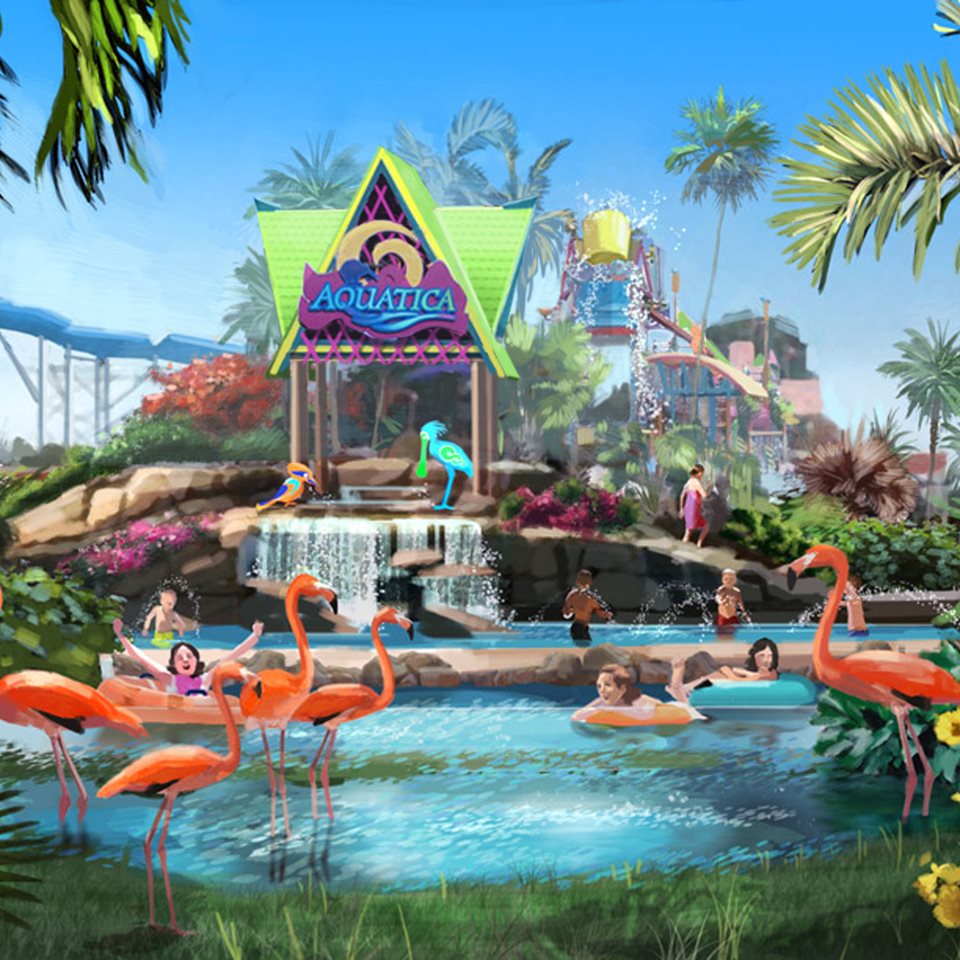 SeaWorld released this first-ever video look at the park. Although much of the footage looks pretty familiar, it features video of Flamingos. The concept art of the park event features Flamingos. What makes Aquatica San Antonio and Orlando different is that, although they offer a similar water park experience, they both offer different rides and different animal experiences.

So, what can we expect out of Aquatica San Diego? First, let’s take a look at what the other parks have to offer.

Aquatica Orlando is known for their Dolphin Plunge ride, which features a tube that takes riders straight through the Dolphin tank. If you’re lucky enough, you might just see a Commerson Dolphin swimming by as you’re riding.

Aquatica San Antonio took the concept of Dolphin Plunge and turned it into something the entire family can do together. San Antonio’s Aquatica is known for their Stingray Falls attraction, which takes riders straight through an underwater grotto where they can see stingrays and other tropical fish swimming above their head.

While both parks offer a similar experience focused around entirely different animals, it looks like Aquatica San Diego might make a brand new and unique animal encounter featuring Flamingos! Unlike the other Aquatica parks, their animals are strictly water animals and need to be in the water to survive. However, Flamingos can’t survive under water. If Aquatica San Diego models their park anything like the other parks, this is sure to promise a new and exciting take on how SeaWorld blends up close animal encounters with their attractions.

What do you think Aquatica San Diego might have to offer? Tell us in the comments below!

Aquatica San Diego is slated to open in Summer of 2013. For more information, visit the official website.