The amount of things happening at Universal Orlando should make any theme park fan giddy with anticipation. Not only has the park announced that they are building the all new Transformers Ride to open this year, but the park has announced they will open the all new Cabana Bay Beach Resort next year. Plus there is work going on no fewer than four projects all around the resort that the park hasn’t announced yet. With so much happening, it appears that Universal Orlando is out to gain further control of the theme park market in Central Florida. There’s a sign in Islands of Adventure that declares “Great things on the way!” and that is a bit of an understatement. 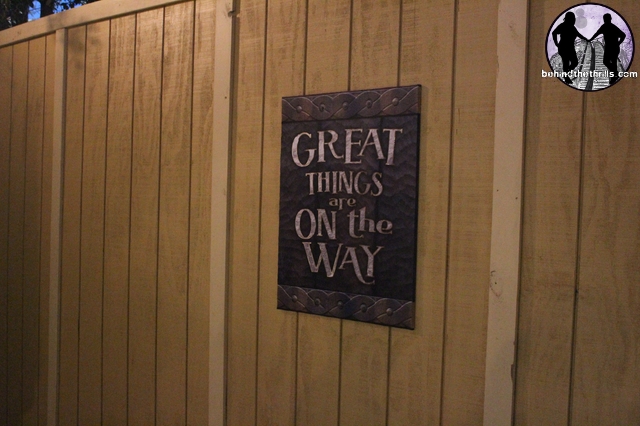 We start off by taking a brief look at the huge 1,800 room Cabana Bay Beach Resort. The hotel takes up the corner of Turkey Lake Rd. and  Hollywood Way. 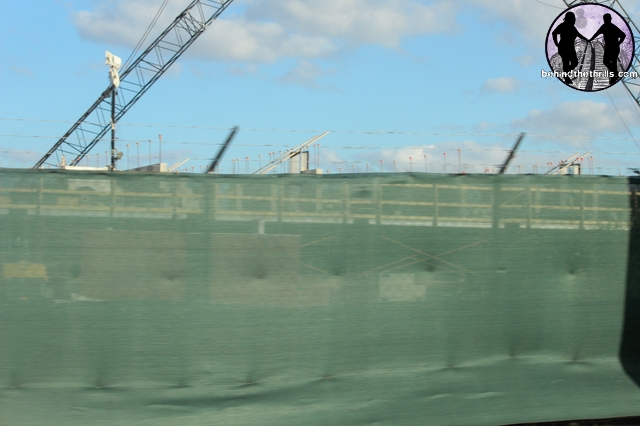 The hotel was just a hole in the ground and a huge pile of dirt up until a few weeks ago. Now it seems like the hotel will be right on schedule as the building has started going vertical. It’s still a long ways off, but crews seem to be working around the clock to make sure this is ready to go.

We were completely caught off guard by the next area, completely visible from behind Universal Orlando. Cranes loom overhead at all portions of the park, and make for a very cool landscape. Crews are fast at work on the former Amity section of the park. 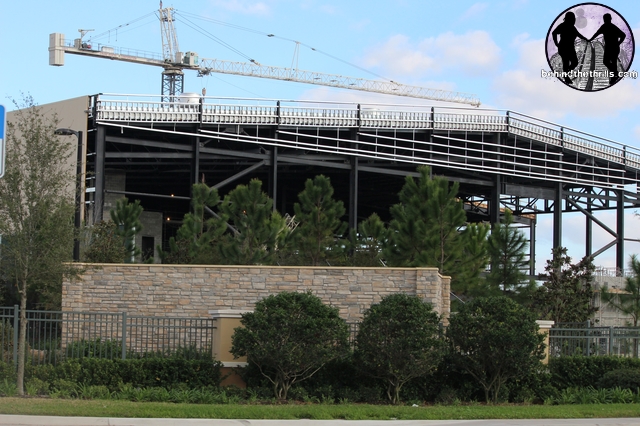 A huge structure that is surely to be the focal point of the next big expansion looms ever present in the background. What could be going in here? The rumors suggest that this area will be the next expansion of the Wizarding World of Harry Potter. This could be the rumored Gringotts Mine Coaster that will be the centerpiece of the new expansion. 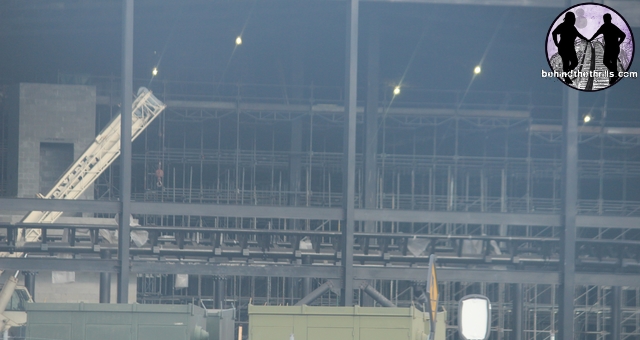 A closer look with the ultra zoom lens and yes, we do have what appears to be coaster track in the building. 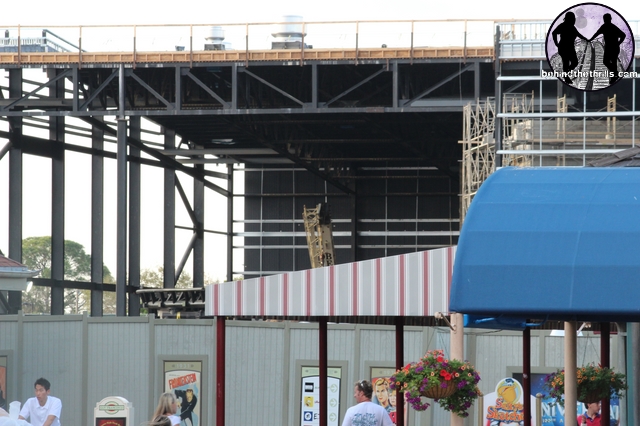 A look at the area from the park and you can very clearly see the track taking shape inside. If this rumor holds to be true, and this is indeed the next addition to The Wizarding World, color us excited. What about you? 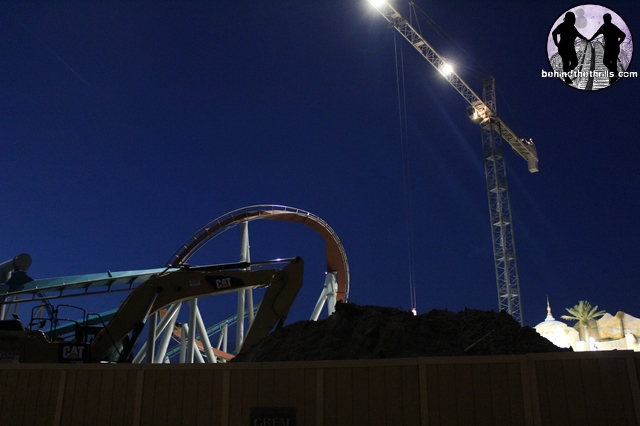 Over at the Wizarding World of Harry Potter at Islands of Adventure, Dragon Challenge is currently closed, while cranes move pieces into place, and machinery excavates all around it.

Check out this video of all the construction happening around Universal Orlando:

Transformers is really an undertaking of mythical proportions. The site on which the building sits now was a completely different building last year. Beginning in June the building was demolished, and now what sits on the site is nothing short of amazing. A huge 3 story tall building that will house some of the largest animatronics in the park. 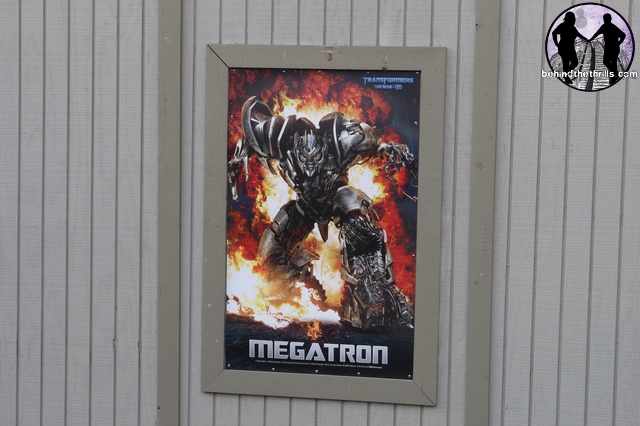 The likes of Megatron, Optimus Prime and Bumblbee now decorate the walls all around the construction site. 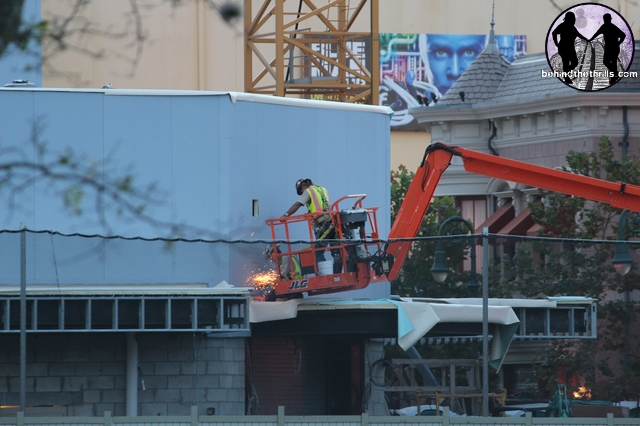 Crews work tirelessly on the project, seemingly around the clock. Dump trucks, workers and even welders are hard at work to meet the very tight deadline of Summer. There is no date on a specific opening day for the attraction, but many rumors point to a late June, opening. 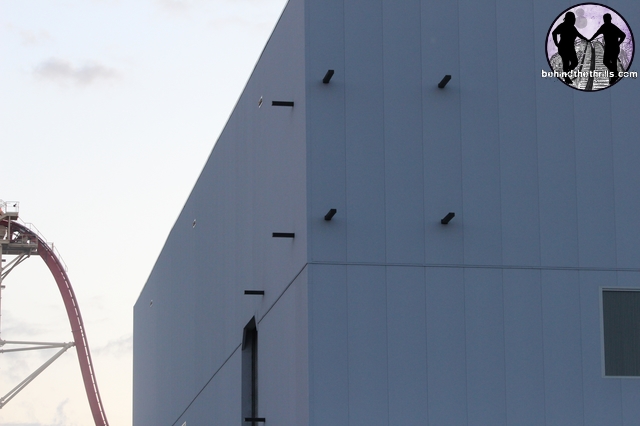 With posts getting set up on the building, it appears that preparations are being made to install the attractions sign, which may answer the question…how are guests going to get in? It appears, if this holds to be accurate that the entrance will face the Universal Lagoon. 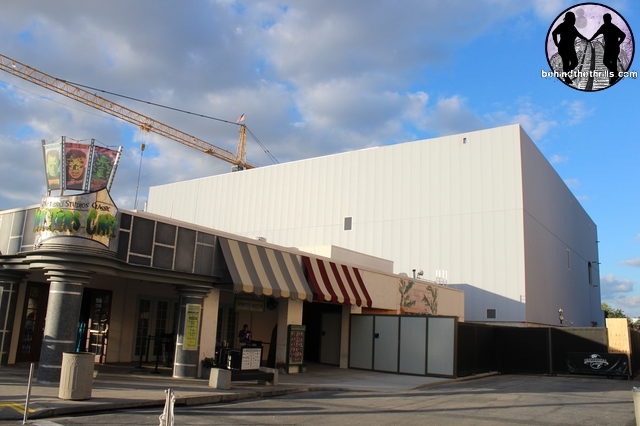 The building is a huge standout in the park, and looms over Monsters Cafe. Rumors suggest that right after very soon the cafe will close and it will be transformed into a “NEST” eatery and gift shop to match the ride. Until Universal confirms it, take that rumor with a grain of salt.

Also at Universal Orlando, walls are up all around the surrounding restaurants near the Simpsons. Also directly across from the Simpsons ride are huge walls. Rumors and speculation say that the area will get an all new Krusty Burger (from the show) and Moe’s Tavern. A new flat ride, themed to one of the Simpsons characters will also be constructed.

Elsewhere in the parks, something new is happening in CityWalk between NBA City and the Islands of Adventure front gate. In facts it butts right up to the gate. 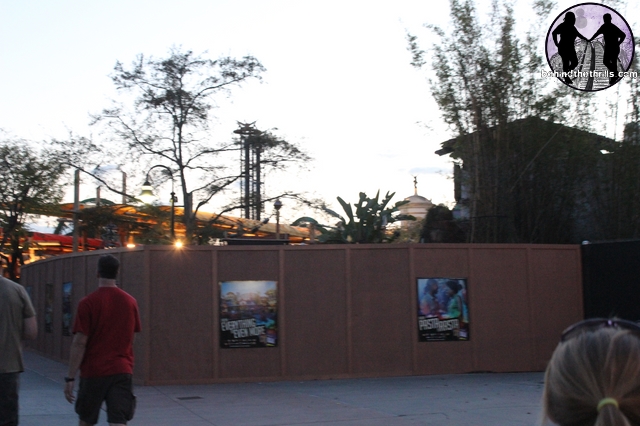 The crews at Universal are masters of space and time, so it’s anyone’s guess what could be going on behind the walls. It looks a little small to be a new restaurant, but Universal has been putting up several smaller patio venues all along the water front in the past year. It could be something as simple as that, or a new shop. More as we know. 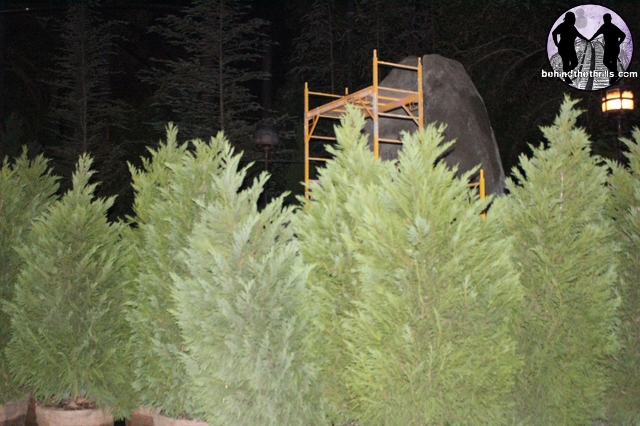 In the Wizarding World, the area where the Tri-Wizard tournament show is usually held has been walled off. Sure this is only temporary, so don’t get too excited. 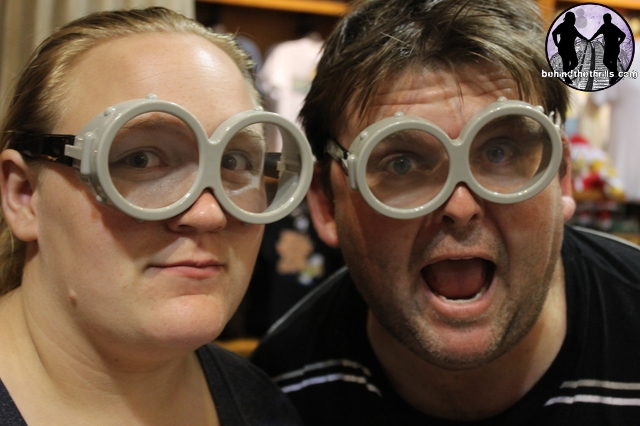 Despicable Me has been a huge success for the parks. Seeing that part two will hit theaters later this year, Universal is taking full advantage by rolling out tons of new merchandise including Minion Goggles. Now if we can just turn yellow, lose the noses and ears…we’d be set. 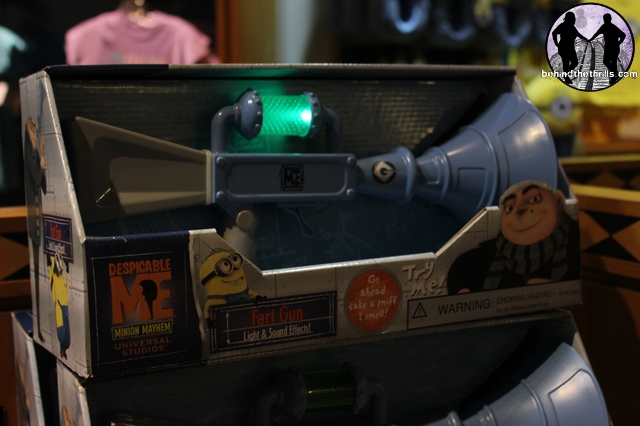 If you have been on the ride, and have seen the movie..the Fart Gun plays a funny role in both.

In the ride the fart gun shoots a banana smell that makes the minions go crazy. This new fart gun allows you blast everyone that walks by with a huge loud fart. Like the ride, this one smells like bananas too!

There are lots of things happening at Universal Orlando, with much more to come, it seems, within the next few months and years.
For more information, including tickets, visit the official Universal Orlando website!