“UFO’s are REAL!” could be the focus of Disney’s upcoming Tomorrowland?

Let me start out by publicly admitting my love for Jim Hill of JimHillMedia.com. He is an industry insider and has been around some of the top people in the industry, and has told many stories about that industry. In fact it was his story about how King Kong created Universal Studios Florida that not only got me through the gates of Universal Studios for the first time, but also made me interested in writing about theme parks for a living. The guy just has a way of writing and telling a story that makes the geek in me perk up and listen. Not to mention he’s a genuinely nice guy in person, and his writing is just an extension of his personality. Why the love fest for Jim Hill Media? Jim’s just put two and two together and come up with a theory on one of my most watched films currently in production-Brad Bird’s “Tomorrowland” at Disney. 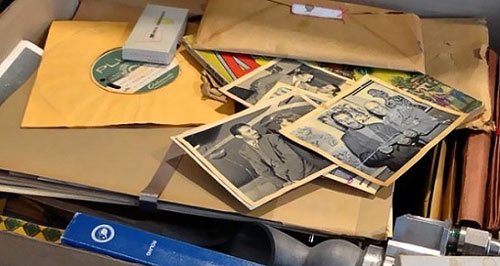 Way back a few weeks ago, Brad Bird released a picture of a box full of pictures and seemingly memorabilia featuring Walt Disney himself. Everyone focused on Walt Disney, and even I focused on the issue of Amazing Stories peeking out from behind all the pictures. D23 investigated, came up with one theory, but Jim Hill not only investigated he dug and what he came up with is flat out amazing.

This latest article by Jim Hill   goes into detail about his theory of what Disney’s Tomorrowland could be all about. He uses every blessed thing in that box marked 1952, and his time spent with Disney legends of the past to piece the puzzle together. Go and read the article…seriously…read it. But I will sum up here.

Essentially because of Disney’s great success in working with the government, and the success of a little Disneyland series called “Man in Space” on television, the U.S. Government came to Disney and asked him to produce a television show that  would reveal a very real truth…and that production came very close to happening. What was that truth? Get ready for this.

That was going to be the name of the series, and in it the government would use Disney to tell us about these UFO’s. Okay, take a minute to digest all of that. The military, and government of these United States knows that UFO’s are real, and are going to get Walt Disney-arguably the greatest animator and storyteller of all times, not to mention the greatest theme park maker, to tell the people about these UFO’s. Forget the conspiracy theory and alien thing for a second…put it out of your mind…and think of that story. That’s an AMAZING STORY!!!! The thought that the government wanted Disney to tell us all, in a serious yet entertaining manner that UFO’s are indeed real…and here’s what you need to know about them.

Jim Hill goes into detail on why this very well could be the subject matter of the film. What he doesn’t go into is…why Tomorrowland?

The first thing many of us thought was that this is going to be the story of how Disney came up with the idea of his iconic Tomorrowland. Sure, the future in the 50’s were amazing, full of flying cars, ray guns and rocket ships. That would make for a great film, a story of how Walt Disney is magically transported as a boy by the futuristic stories of Jules Verne and HG Wells…but with this new theory, could there be more than that?

If you’re thinking…well this is all about Aliens…it very well could be, but think of what we know about Brad Bird. He’s a storyteller, and a lot of his stories are fantastical in nature, full of huge metal robots, families of superheros, and secret government agents that blow up Russia while scaling face first down buildings. While the story of Disney helping the government come up with a way to tell us that aliens exist is a fantastic one…it’s a drama, and will have very boring parts of talking and fists pounding on the table from generals saying things like “WE CAN’T TELL THE PEOPLE!”

“BUT THE PEOPLE HAVE A RIGHT TO KNOW!”

That’s all well and good, but I would like to imagine a Brad Bird film with a bit more whimsy and charm..and being more than just a story of how Disney almost told the world that UFO’s are real.

Then there’s this bit of information from Tomorrowland writer/producer Damon Lindelof:

[Brad and I] won’t tell you what [our movie is] about (yet), but we will tell you what it’s NOT about. And that would be ALIENS.#Tomorrowland

Okay, so that could be just to throw the super sleuths like Jim off..Lindelof has a habit of doing that. But what if he’s telling the absolute truth and Tomorrowland isn’t about Aliens. What if UFO’s have nothing to do with Extra Terrestrials at all? What if there’s something more to it, and the Man in Space series wasn’t too far off? 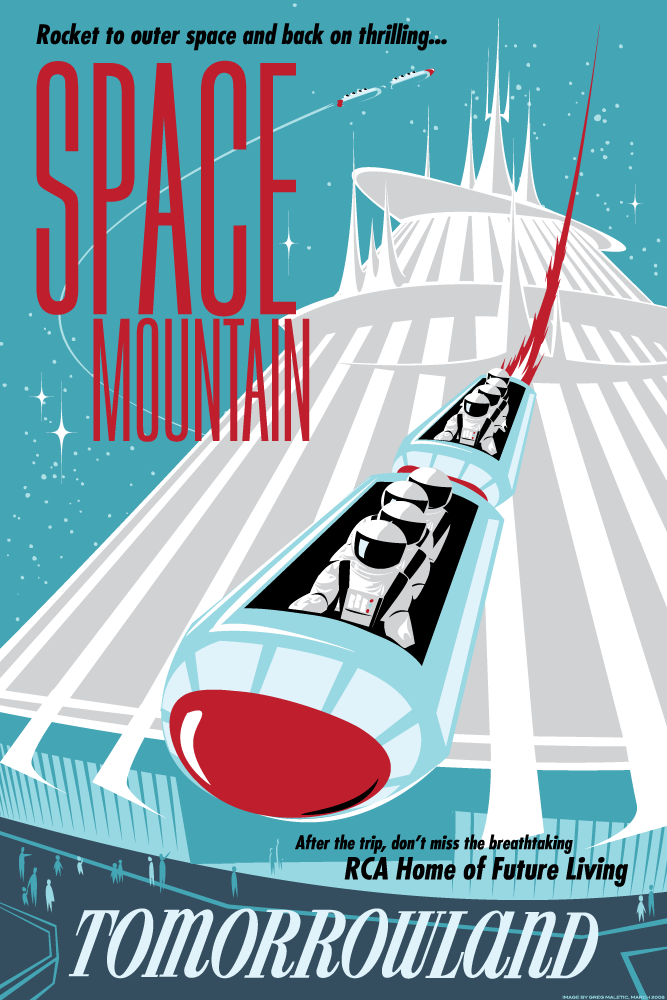 So let’s say that the government got a hold of one those things, took it apart and found out it’s not a space ship at all, but maybe some kind of Time Travel device? George Clooney could be playing Walt Disney, or some kind of general…and he takes a ride to the future. What would he see? What could be getting this “Man of Tomorrow” to travel back in time to 1952? Is it a sight seeing trip of the pass, is it to ask our past selves for help…or a warning of what could happen? Maybe Walt himself took a trip and the resulting Tomorrowland design was what he saw? Now THAT sounds like a Brad Bird movie. An Adventure that crosses space and time and Disney to tell.

Stay tuned as we follow the story, and definitely stay tuned to Jim Hill Media.