Jurassic Park 4 has been on the back burner for some time now. The first JP film made boat loads of cash, broke records, and took imaginations soaring. It was also the inspiration for some really great theme park attractions at Universal Studios Hollywood and Universal’s Islands of Adventure in Orlando. The other two sequels weren’t as groundbreaking or as inspiring, but they did further fuel the dinosaur craze and made Jurassic Park a profitable theme park franchise. While Jurassic Park 4 has been greenlit, the original opening date has been moved from 2014 to 2015. Today we have seen a few new possible details emerge about the film. Could this be a precursor to a huge new Universal expansion? Could the ideas in the film possibly be blueprints for new attractions? Warning:There be Spoilerasaurs ahead! 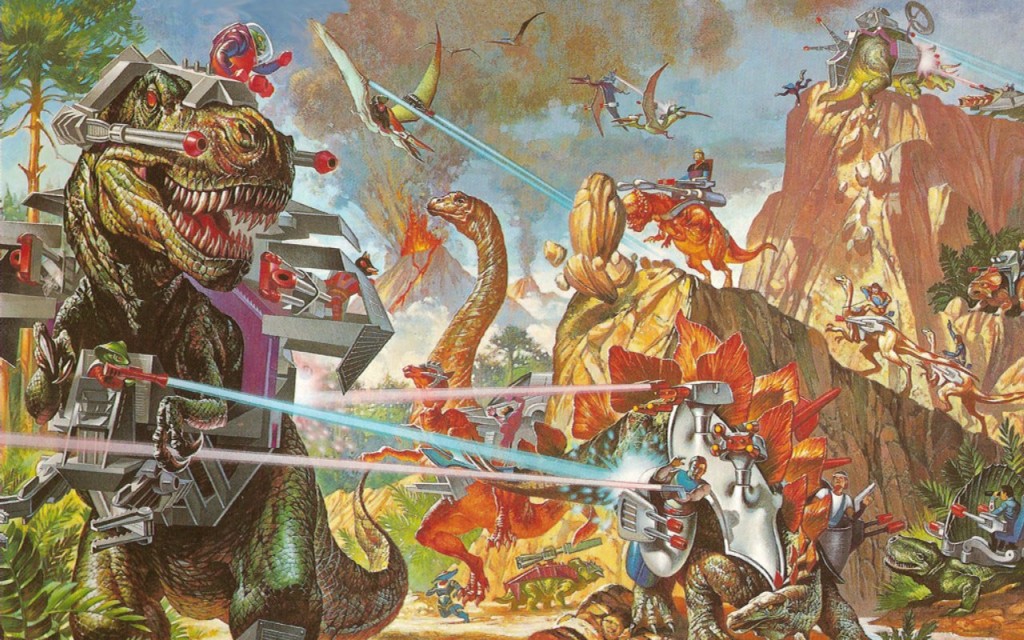 In the original Jurassic Park film, John Hammond had a dream of bringing guests to an island off the coast of Costa Rica where genetically engineered dinos once again walk the earth. Nature could not be manufactured and controlled, so chaos reigned supreme and the natural order began again with dinos doing as they wished. In the subsequent two films there was more of the same, though to lesser extents. But, as Ian Malcolm would say “They…uh…find a way.”

According to a rumor over at JoBlo(click here) the new details of the film will revolve around a trip to the first island, Isla Nublar where ten years after the third film, theme park designers have “found a way”. The new Jurassic Park thrives on the Island, completing John Hammonds dream of bringing man and dinosaur together. In fact, it works out so well that they have trained dinosaurs to do tricks, appear on command and wear tiny hats. Okay…so maybe the hats aren’t that tiny. They even go on to describe a SeaWorld like arena where a Great White Shark dangles from a hook as guests look on, and a huge aquatic dinosaur jumps from the Jurassic Park Lagoon and eats it. Talk about splash zone! The threat comes in when an all new dinosaur species that we haven’t seen on screen before comes on the scene and starts going against theme park protocol. If you’re a fan of T-Rex and Raptors, they’ll be used as weapons to battle the other dinosaur and will even have muzzles.

I’m a purist, and I see problems with this film on many levels….but it still fascinates and captures me as a huge fan of the series and theme park attractions. Naturally Universal can redesign their current Jurassic Park areas around the new film, and include some new concepts. While it’s not confirmed at all, there are rumors going around that Islands of Adventure at Universal Orlando will be undergoing a massive facelift with some new attractions coming in just a short year or two.

While we’ve talked about that before…we’re going to stay away from those and just talk about some of the great new attractions that we could (and would like to) see after the film comes out.

While there are no confirmed plans for Jurassic Park expansions in either Universal Hollywood or Orlando, these ideas just represent what WE would like to see. The important part isn’t what will or will not be made, the important thing is that a new Jurassic Park film is being made, and while it’s looking to capture a huge audience, it already has our imaginations!

For more information about Jurassic Park at Islands of Adventure in Universal Orlando, visit the official website by clicking here!