Do you see frightening things? Will the images that you see when you’re laying awake at night scare the living hell out of everyone else? Are your nightmares scarier than anything you see on screen? The creative minds at Halloween Horror Nights wants to see what lies inside your head, and they want you to try and scare them. Are you up for it? The first ever “Design a Character” contest is now online, and it gives you the chance to have your horrific vision come to life at this year’s Halloween Horror Nights at Universal Studios Hollywood. 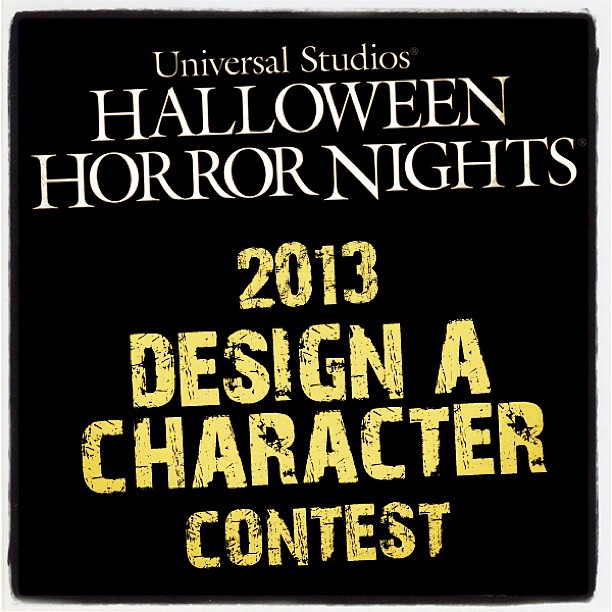 The contest was first announced at Monsterpalooza earlier this year, and will give fans the chance to design a character based on one of the classic Universal Monsters. The creative team at Universal Studios Hollywood wants you to reinvent, reimagine, or reboot your favorite Universal Classic Monster and make it your own. What would your version of The Wolfman look like? Would you Creature from the Black Lagoon have gills that flapped when he was out of water? Show the team what you’ve got and it could very well be one of the creations of this year’s Halloween Horror Nights in Hollywood.

Take your pic from your favorite monsters:

Even if you can’t draw your way out of a paper bag, then there are two ways to enter. Contestants can either draw full body figures, or they can write it out. Contestants can write out their character, and must include a one page description that tells any physical attributes, props and even clothes and skin color of their creation.

This is a first for a major haunt, and it will be exciting to see what lies in the minds of Horror Nights fans everywhere. The deadline for entry is July 1st, and the finalists will be announced July 3rd.

Reminder: This contest is for Halloween Horror Nights HOLLYWOOD only, no such contest exists for Orlando.

For full details and rules, visit the official rule page by clicking here!

TAGHalloween 2013 HHN Hollywood Universal Studios Hollywood
Previous PostContest-Start the new internet sensation based on Transformers:The Rise at Universal Orlando-Primeing Next PostKnott's Scary Farms comes a rapping at your chamber door with the first haunt announcement of 2013