The Wizarding World of Harry Potter ushered  in a new era of theme park achievements when it opened at Universal Orlando’s Islands of Adventure in 2010. In 2014, the experience continues at Diagon Alley will be open to Muggles far and wide, and the secrets revealed! In preparation for the 2014, Universal Orlando has unveiled one of the marquee attractions that will not only serve as a key attraction, but also as way that you can go from the Muggle World to the Wizarding World! 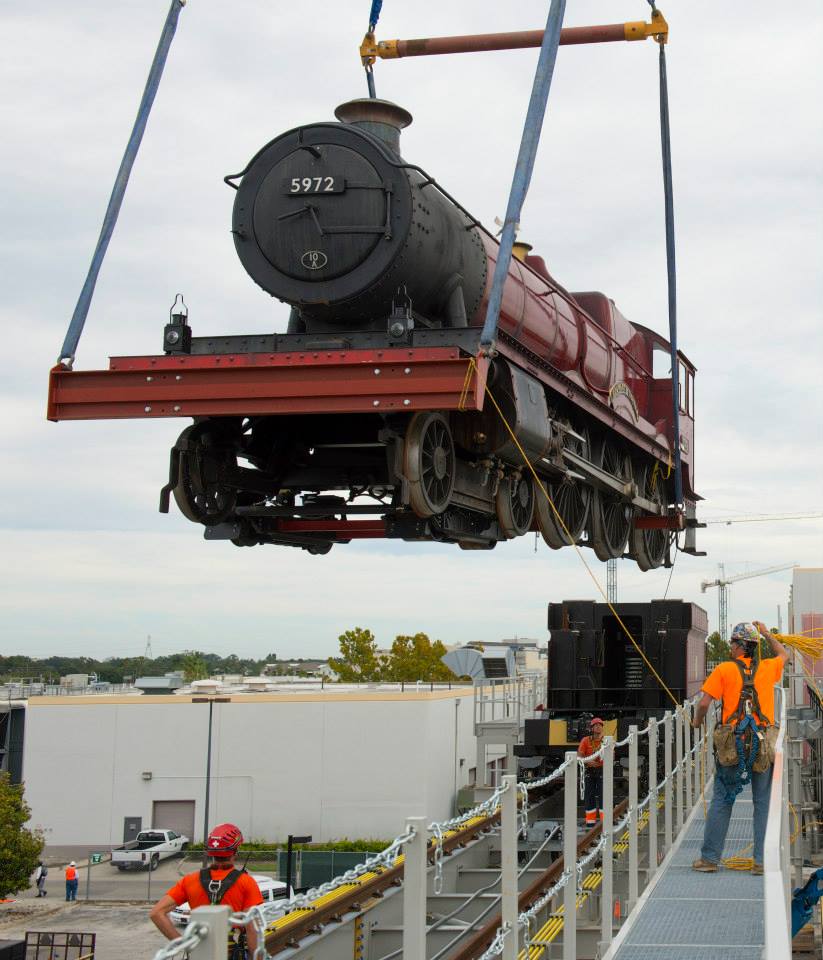 The Official Facebook Page has released several new pictures of the Hogwarts Express being lowered on the tracks by construction crews.

The Hogwarts Express has arrived at Universal! The iconic locomotive and train tender was placed on the tracks between the two theme parks today.

The Hogwarts Express is just one of the many new experiences that guests will encounter when Diagon Alley opens next year. Other attractions will include a journey into the vaults of Gringotts, an all new Ollivander Wand experience, and of course some of the most iconic moments taken from both the books and the movies. 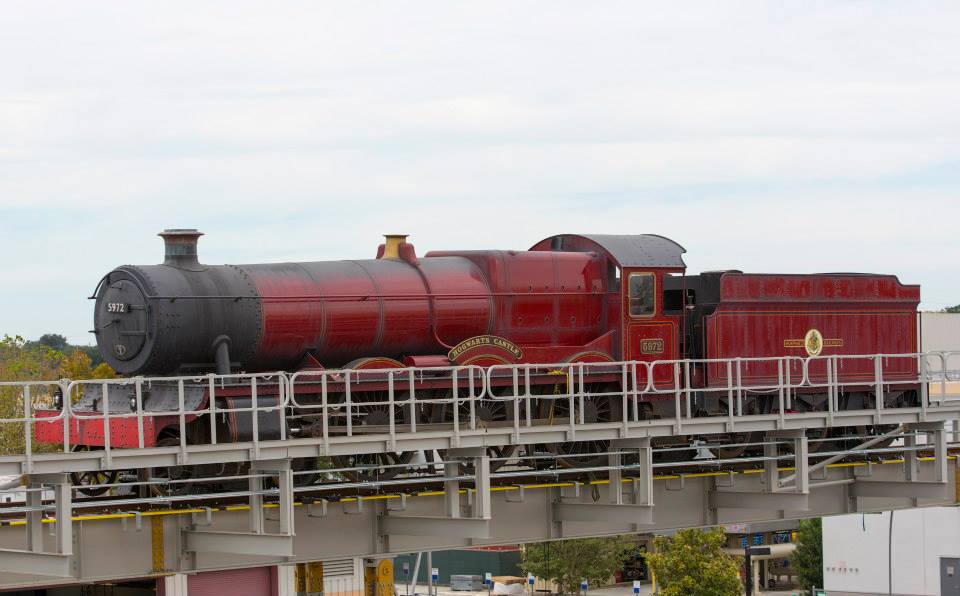 If rumors are true, the Hogwarts Express will be more than just a train ride between parks. Once on board, guests will not see the backlot of Universal Studios Florida, but instead the English Countryside, as they take a journey to Hogwarts and experience some of the many same things that students in the books and film experience on their way from Platform 9 3/4 at Kings Cross to Hogsmeade Village. Exactly what experiences? We’re not 100% sure, but we have heard tales of Dementor attacks, and wizards duels. Of course, nothing is official until Universal Orlando announces it.

Stay tuned for more information about The Wizarding World of Harry Potter as it’s revealed. Be sure to follow along on Twitter @BehindThrills for the latest updates!