When the crypt doors creak, and the tombstones quake, what do you prefer? Ghouls coming out for a swinging wake, or blood, guts and gore? When it comes to Halloween Celebrations, there are many different kinds for many different audiences. With Halloween approaching fast, we want to know what is your favorite Halloween attraction? Is it the attention to detail, scares or candy that gets you in the Halloween Spirit? Maybe it’s the blood curdling cries of helpless teens as they roam into cabins, chased by chainsaws and evil clowns? Whatever it is that makes you grin from ear to ear, it’s time to vote it as the King of Halloween in the 4th annual Thrill Weekly Polls-The Best Halloween Event! 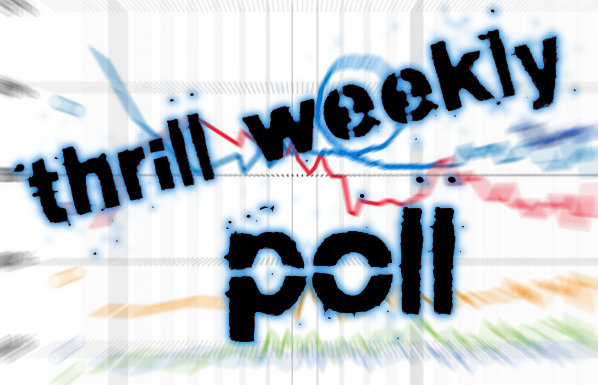 Once again we are crowning two Kings! With so much diversity and so many different haunts in both theme parks and as stand alone attractions, we wanted to choose the best of both worlds, so be sure to scroll down and vote for both!

Theme park haunted events are defined as a haunted event that takes place within a theme park. They are usually special events, and may or may not be included with park admission. These are NOT independent haunts. To qualify as a theme park haunt, the event must be held at a theme park or amusement that has a regular operating season other than Halloween. Examples include but are not limited to-Universal Studios Florida’s Halloween Horror Nights, Howl O Scream at Busch Gardens, Haunt at Knott’s Scary Farm, Mickey’s Not So Scary Halloween Party at Magic Kingdom.

IPLEASE SCROLL DOWN FOR HAUNTED ATTRACTIONS NOT IN A THEME PARK!

Please cast your vote, and scroll down to vote on Non Theme Park Haunted Events.

Non theme park haunted events are defined as those haunted events that do not take place within a theme park. They are at a location that may serve as a museum, fairgrounds, or other business. They may not only offered during the Halloween season. They may also be open year round, however the primary function of the business is as a Haunted Attraction only.  They are also not related in any way, shape or form to a theme park or amusement park. Examples include, but are not limited to NetherWorld, Fright Farm,Sinister Pointe and many that are similar. In order to qualify, the haunt has to be open the majority of haunt season of 2013. If the haunt closed before October 1st, it does not qualify.

*We had a small amount of write-in nomination spots available. They were filled almost immediately, due to the popularity of the poll amd Halloween. The haunts with the most nominations were put into the vacant spots. We apologize, but we can not accept anymore nominations for this year. King of Halloween will return I’m 2014!

Please cast your vote, and remember to vote daily!

Also be sure to follow along with us on Twitter @BehindThrills for the latest updates on the Polls, theme parks and more!

Remember kids, horror is subjective. Polls aren’t. If you want your haunt to win, people need to know!