In a conference call, Lionsgate CEO Jon Feltenheimer revealed  that two different territories have approached the studio about potential theme park possibilities for The Hunger Games.  What exactly does that mean, and which park would be ideal for a Hunger Games attraction?  With part two of the four part series hitting theaters very soon, it’s likely to get very clear very quick. 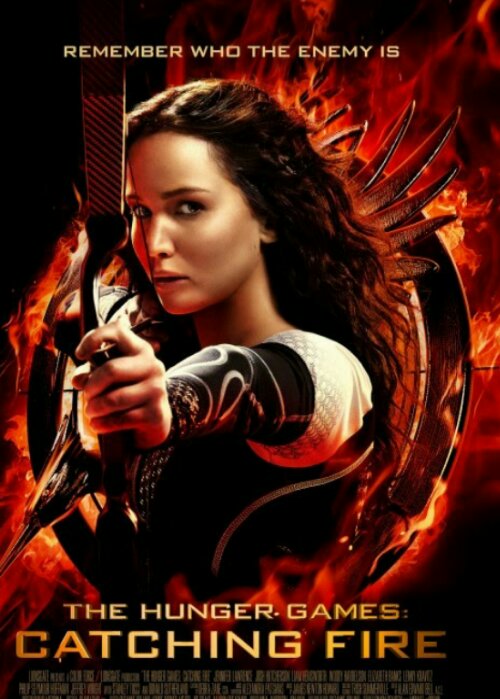 “We’re excited about those opportunities and we’re pursuing them” said Feltenheimer about the possibility of a theme park attraction.
It should come as no surprise that one of the hottest franchises since The Harry Potter series is in talks to get the theme park treatment. Afterall, it was The Wizarding World of Harry Potter at Universal Orlando that set the new standard of what a theme park attraction based on a movie or book series should be. That attraction alone was responsible for making Universal Orlando the go to destination for not only Harry Potter fans, but vacationing families who had grown weary of pixie dust and Pixar attractions at Walt Disney World.
Harry Potter took movie tie-ins from simple roller coaster renamings to full fledged experiences.
With all that now on the table, and a second Harry Potter land coming in 2014, the time seems right to approach yet another hot property.

The Hunger Games-Districts of Panem

With The Hunger Games series just ramping up, and two more films to go, what kind of attraction and what park chain could we see take the reigns?

Our clear choice would be Universal. They’ve proven not only to be a viable company that puts lots of thought amd creativity into their attractions, but also do it in a timely manner and actually gives guests new experiences. Last month Disney revealed some of their concept art for Avatarland, but fans pointed out the attractions looked very similar to existing attraction Soarin. While Disney has the ability to produce one of a kind quality attractions, they tend to try and improve older technology verses invent or reinvent new attraction concepts. While most theme park attractions are some attraction redone, or refit to a new theme, The Hunger Games will need to break new ground in order to pull people into the realm of Panem, and not think about the whole “teenagers murdering each other” thing. Disney’s time frame for major attractions also gets a little long in the tooth. The New Fantasyland was revealed in 2009 and still isn’t expected to be completed until 2014..possibly. With an attraction like The Hunger Games, time is not on a theme park’s side. No new books are expected, and the film franchise will end within the next few years. If not done properly, this is a franchise that will age…fast.

Other key players could be Merlin or SeaWorld parks and entertainment, both proving they have a head for highly themed environments.

Still, the question begs to be asked, what kind of attraction should it be? One idea could draw from both the books and films. The Districts of Panem could be a bit of Epcots World Showcase mixed with the detail of Wizarding World. Panem is the fictional land of The Hunger Games. They are divided by 12 districts. Each district has a different specialty. All of them serve The Capital. The realm could include a water ride for one district, a mine train for district 12, various different restaurants and of course a huge arena where “tributes” compete in a stunt filled battle. Of course it won’t be to the death, because the odds are ever in or favor, and maybe it could be just a demonstration to “demonstrate the honor of fighting for your district”. In the books, the arenas where the games are fought become tourist attractions, which could be the focus if the show. It takes the violent aspect out of it.
Of course this is all just speculation right now, but would you get excited about an attraction based on The Hunger Games? Would it be possible for crowds and families to overlook the fact that the movies focus on the murdering of children for entertainment? Let us keep in mind that theme park attractions have been made about surlier stuff. T2 is about a robot from the future who wants to kill a child. Harry Potter is about a boy wizard being raised up just so he can either kill or (most likely) be killed by the most dangerous wizard in existence. And let’s not forget the beloved JAWS Ride…a whole ride where a shark is trying to kill you. So while some will argue that violence like that does not belong in a family theme park, we need to remind you that successful attractions have been made out of just that type of violence. Granted not on that scale.

May the odds be ever in your favor!
Stay tuned for more information about The Hunger Games in a theme park near you! Follow along with us on Twitter @BehindThrills for the latest.
The Hunger Games:Catching Fire opens in theaters on November 22nd.