Tis the season! Universal Studios Hollywood is going to kick off the holiday season in style with Carson Daly and this seasons’ finalists from The Voice. The singing competition is down to the final ten, who will be on hand to make the season bright. On top of that, they will perform live, and will be joined by Santa himself! It’s all just a start to the massive holiday season that will take over Universal Studios Hollywood. 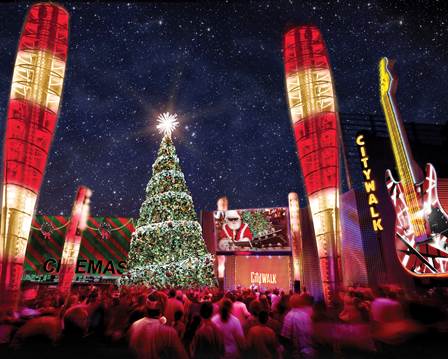 Universal Hollywood’s CityWalk will kick off the season on Monday, November 24th at 8:30 p.m. with a massive tree lighting. The huge 40 foot tree will be centerstage at CityWalk. Carson Daly will be on hand to help introduce Santa, who will be there to light the tree.

Santa will be joined by the ten finalists from this season’s The Voice. Santa will join them on stage with his huge sleigh, at CityWalk’s 5 Towers stage. Immediately after, the finalists from The Voice will perform.

It’s just one of the many events that are happening at Universal Hollywoods’ CityWalk this holiday season. There will be hourly snowfalls, pictures with Santa in “Santa’s Snow Zone” and of course the 40 foot tall Christmas Tree, decorated with over 200,000 lights, dancing in time to the music of the 5 Towers.

Throughout the season there will be tons of different concerts and happenings on Saturdays and Sundays, and a very special Christmas day event. 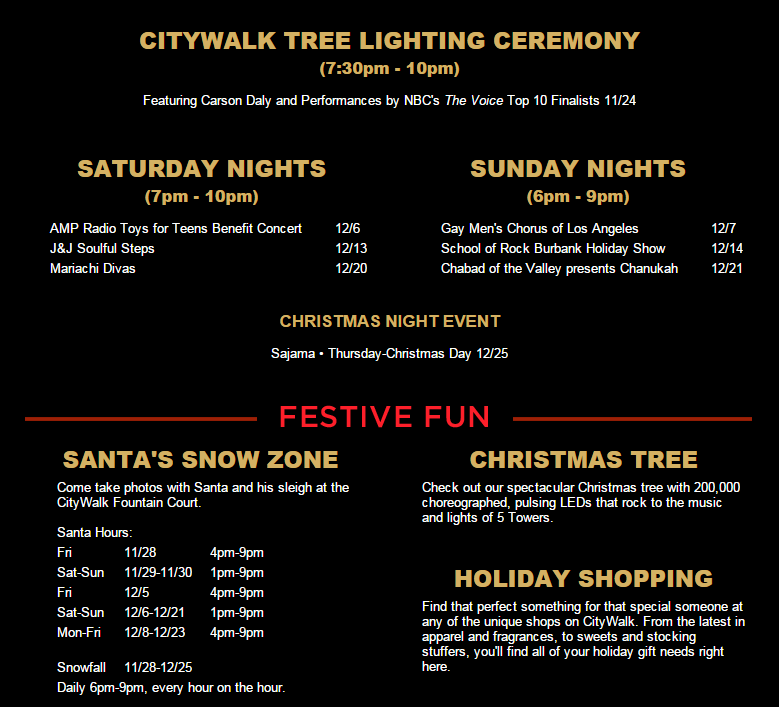 For more information about Holidays at Universal Hollywood’s CityWalk, visit the official website by clicking here!