The world’s tallest coaster, Skyscraper, is coming to Orlando in 2018. The project is a huge undertaking, with many different aspects needed to not only open the complex which will house the coaster, but also build the coaster itself. Today, one of those hurdles were crossed as US Thrills Rides and Joshua Wallack announced that they will be partnering with the company that already holds the record for the current world’s tallest coaster to bring the historic, and soon to be iconic coaster to life. 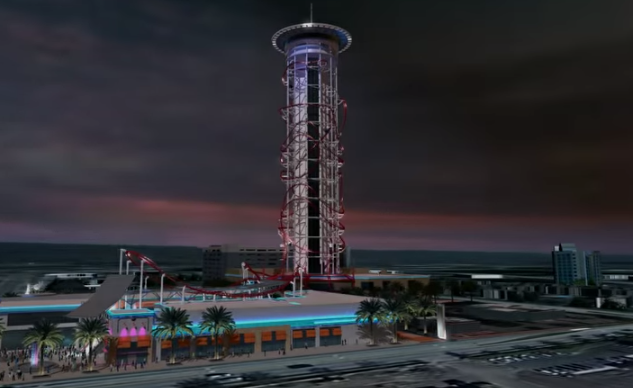 Today US Thrill Rides has announced that they will be partnering with Intamin Amusement Rides as the company will be the supplier of the huge new 500 + foot tall Skyscraper.

“This is a very important milestone for the development team,” says Joshua Wallack, one of the principle developers of the $460 million dollar Skyplex project in Orlando, FL. “After over a year of extensive design and engineering work focusing on the recordbreaking track layout and rider experience, as well as an extensive industry review, we are very excited to announce the supply contract award to Intamin, one of the world’s premier roller coaster manufacturers.”

“We could not be more pleased to have Intamin and International Amusements Inc. on board to manufacture the ride component of the Polercoaster (Skyscraper) attraction here in our own backyard,” says Orlando, FL based Bill Kitchen, founder of US Thrill Rides and inventor of the Polercoaster. “Intamin has a very well known reputation in building record-breaking rollercoasters. We are proud to have a assembled such a world-class team to build this icon.”

Skyscraper will be joined by a huge drop tower measuring 450 feet tall, a zip line, hotel, and massive parking garage. That’s not even including the huge retail and nightlife experiences that will also be in the huge complex.

Originally, the coaster was announced in partnership with S&S Worldwide in 2013. The coaster looked as if it was going to be a larger version of the S&S Worldwide El Loco, which opened at Adventuredome in Las Vegas in 2014.

Construction on the project is expected to start this fall, with a completion date of Spring 2018. 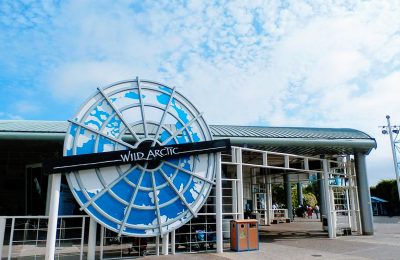