Universal Parks and Resorts has recently been granted a permit for a moving puzzle theater.

The patent covers theaters used for shows in amusement parks and generally include areas designated for seating of patrons and areas designated for performances of actors and participants in the shows. Universal knows and recognizes that the fixed nature of the seating in theaters provides patrons with limited views and limited interaction with aspects of related shows. This new type of theater also allows them to have maneuverable seating areas that give patrons the impression that they are entering one completely integral and unified theater, when in fact, each seating section is a separate maneuverable seating area capable of movement relative to the others.

FIG. 11 is a perspective view of an embodiment of the hexagon puzzle theater system in a partially separated configuration with the actuator arms extended and the maneuverable seating areas positioned in an arrangement of thirds

The puzzle theater system can be operated as a puzzle that must be solved by a group of participants to achieve one or more goals throughout the progress of a show being performed. The maneuverable seating areas would be attacted to actuator arms that can provide six degrees of freedom (roll, pitch, yaw, surge, heave, and sway). In addition, the one or more center platforms can be configured to pass over one another during the course of the show.

FIG. 13 is a perspective view of an embodiment of the hexagon puzzle theater system in a fully separated configuration with some of the maneuverable seating areas raised

So, just where can we expect to see this system used? As of right now, there’s no guarantee that we will. A patent doesn’t always lead to an attraction, and it’s always waiting game to see how it plays out.

However, there could be a perfect opportunity for a new attraction coming very soon. Rumors have been circulating around for a long while that Dragon Challenge, the world famous dueling inverted coaster, could be on the way out. The Coaster takes up a huge amount of space, and was not originally built as part of the Wizarding World. In fact, the coaster has seen some major changes since it first opened, as it was designed as a dueling coaster. That was ended after a man lost an eye during a ride on the attraction, in which it was alleged that other riders were throwing small objects like pennies. The coaster could be removed as soon as this fall.

FIG. 15 is a perspective view of an embodiment of the hexagon puzzle theater system including the two center platforms of FIG. 14 illustrating some of the maneuverable seating areas passing over one another

Orlando Biz Journal says that Universal and Warner Brothers are working on a replacement for the coaster. The moving theater system could fit perfectly into the rumor of providing coaster like forces without having to rely on the huge space needed for a coaster. Add the puzzle solving possibilities into a Harry Potter attraction, and you could have an amazing new ride like we’ve never seen.

Orlando Business Journal has another patent that could also point to a Floo Powder attraction. If you remember in the Harry Potter films, wizards and witches would use the Floo Network to travel from chimney to chimney. This new system has riders in a row of seats, and they are launched forward. The new system will have walls around the car move with the riders, before they are propelled out of a door. The patent images show a figure that could, according to the patent “cast a spell on riders”. So it’s very possible that before going into the rest of the attraction, guests will come face to face with a dark wizard or something similar. The room would be pulled along a track using a cable system (pictured above). What’s the point of all this? The filing says that the room could be used to mask upcoming features, like a drop or other thrill portions of the track. While riders are being distracted by show or storytelling elements, all building up the Floo Network, they are actually being pulled towards the main portion of the ride, which could have them launched into a drop or huge climb, which would have the illusion of being swept away by magic.

Of course, this is just speculation at this point, with Universal not confirming anything. And of course, until it’s officially announced, it’s not really happening.

Want to see more on the patent? Visit the official listing by clicking here.

In addition with Universal Orlando’s plans for a 4,000 room hotel on the former property of Wet ‘n Wild, it’s going to be an interesting few years at the Orlando Resort.

For our latest theme park videos please be sure to subscribe to us on YouTube!
For more information about Universal Orlando, including tickets, visit the official website by clicking here! 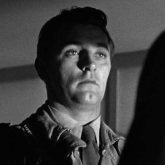