Is Disney afraid of Harry Potter? 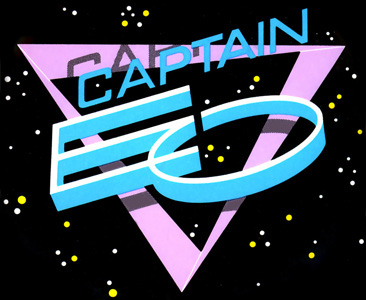 Hey everyone guess what! Captain Eo is coming back to EPCOT! Aren’t you excited? It’s fantastical amazing news! A film that first premiered in the 80’s and who’s star is dead is now making a triumphant return to EPCOT! This on top of a new fireworks show and the return of an old parade (albeit a great parade) is the best Disney can come up with on such short notice. And why on short notice? They had years and even months to plan this. The reason is that until just a few short months ago, they weren’t worried about not having a major attraction in their Florida parks. That is, they weren’t until pictures start popping up of what Universal had hidden behind the walls.

I have publicly berated Universal for keeping everything a secret. They’ve had very few pictures “leak” out, and they have swooped in to other websites demanding that they take down certain pics. And while I scoffed at those who used monopods to get pictures over the wall, or stood on the game counter, or even had inside sources get pictures for them, I also said that if only Universal would put in a peep hole or give hard hat tours or something, they wouldn’t have had these problems. Then today, it dawned on me. Universal wants these limited pictures leaking out. They want the secrecy and the hype surrounding it. Because they have shown so very little of the Wizarding World of Harry Potter off, Disney let it’s guard down. And now that Universal took it’s hands away from the skirt, Disney got a little peek…and they are afraid of what’s going to happen in June when Universal drops trow and whips it out. Disney is expecting John Holmes.

I know, another “beat on Disney” piece, right? Well not so. Disney is the king of Orlando, or at least it was. The last major attraction that it had was the mega hit Toy Story Mania. In the attraction you get to see all your favorite Toy Story 1&2 characters and play games in mind blowing 4D. That is, air and water spit at you as you go whisking from screen to screen. Fun? Yes, it is. But is it up to the standards that Disney is known for? Not at all. In 15 years, it’s not going to have the same charm as say Haunted Mansion, or Journey into Imagination(the original) or even Small World. It’s going to have outdated technology on screens that are out of sync and guns that don’t work as they should. And the kicker of it all, you can go to Wal Mart and buy a version of this same game for your Wii. To me, that is not Disney Imagineering at it’s best. The attraction before that one was Expedition:Everest. A Coaster, something Disney has not been well known for in some time. It’s not a big record breaker, it’s not a huge piece of technology. Yet this is still one of the favorites in Orlando. The reason? It’s all in the story, the detail and the execution. The Yeti was ill conceived as it’s just a bunch of lights right now, but it’s still a wonder of Disney Imagineering.

So why would one say that Disney is afraid of Potter? It’s simple. Nothing has been mentioned up until this point. Disney said that they would not be adding anything new for 2010. Star Tours would be 2011 (yeah, another ride rehab) and Fantasyland would be starting this year for a debut in 2012-13? So it looked like, yawn, we are just going to let Universal have their little wizard and be done with it. But all of a sudden, right after the first official pictures and videos started hitting the web, Disney is announcing that they are going to do a whole new Night-time Spectacular! And it sounds a lot like the Summer Nights program that BGT and SWO do. Now, Captain EO. Sure, lets rely on nostalgia for things that you’ve taken away in the past to bring in the crowds. It’s a quick fix for something that last year they didn’t seem too worried about. In fact, they were so sure that Fantasyland was going to shut everyone up about Potter that they let it wait two years after Potter opens.

And here’s another rumbling. Universal aint done yet. Potter, just the tip of a big iceberg. Disney is starting to fast track these projects in hopes that they can draw the nostalgic crowds back. I think that it’s going to be too late by then, especially if we get the EO that California has seen. Original film, no new updates, and no special effects. Just plain 3D. Right. That might make a few hundred people go for broke, but to take the limelight from Potter? Not happening. And right there, I don’t think Disney is hoping to take the lime light away. I think they are just hoping that when all the dust settles you still care about them.

Care about Disney in our forums.