Wizarding World of Harry Potter: Taking a look inside

Universal’s Harry Potter website has been updated. When you view the Hogsmeade section of their interactive map, it is now a virtual walk through tour. While this tour is a great tool to fimiliarize yourself with Harry Potter’s new attraction at Islands of Adventure, this is by no means a photo based tour. Judging by the artwork and the movements of some of the features, it is a computer graphic tour. But that doesn’t matter because we’re getting a look inside of the Wizarding World of Harry Potter! This new tour gives us a good look at many portions of Hogsmeade the public has yet to see, like the Dragon Challenge entrance and more. 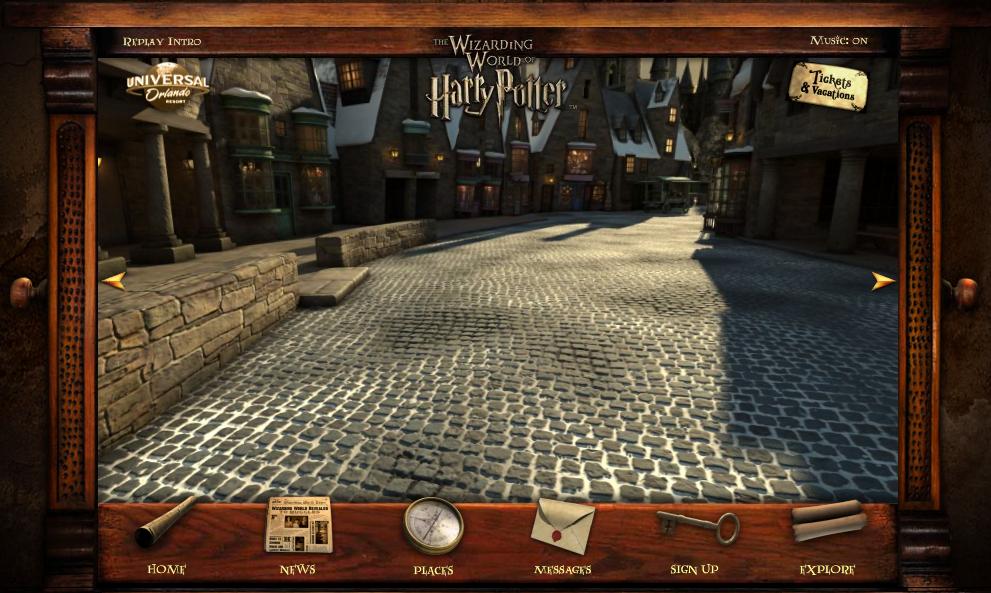 The Wizarding World of Harry Potter is set to officially open on June 18, but there have been rumors of soft openings and exclusive previews. Nothing has been confirmed by Universal yet.

TAGHarry Potter Islands of Adventure Universal WWOHP
Previous PostChildren 12 and under get into Seaworld for $5; Money donated to wild life conservation efforts Next PostIs Son of Beast Really dead?