Disney not the first theme park to have homes on property 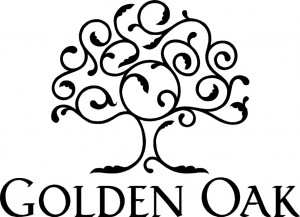 Disney has announced something that many fans have only dreamed of, they will build homes within the confines of Disney property. Golden Oaks was announced today as a “vacation home development” at Walt Disney World Resort in Florida. The goal of the area is to offer very pricey vacation homes to those seeking a different “vacation experience”. But with property values at an all time low, will it work? For the answer we look to another theme park with homes on property. Busch Gardens Virginia.

The entire property of Kingsmill was purchased by the Anheuser-Busch Company in order to build a brewery. As part of the deal made in 1969, the company had to build a theme park to help tourism in Williamsburg, VA as it had done in Florida and California(the original Busch Gardens which now is completely gone). In 1970 a real estate division of Busch was created and land was sold off for different developments, of which was the development of a country club and the eventual Kingsmill Spa and Resort. Many families built in the area and still own their homes (many still valued in the millions) today just a stones throw away from Busch Gardens Europe.

So it can work. Question is, will it? Many critics of the proposal say to simply look at Celebration that is right down the road on 192. Celebration was built in the 1990’s and boasted a return to small town living, with over 6,000 homes. The homes ranged in price from apartments starting at $600 a month to town homes with asking prices of about $4 million. It was considered a failure in real estate, and many of the homes have declined in value despite being branded as a “Disney town.”

Still, Celebration has one disadvantage, it’s not in Disney. Sure it’s close, but Golden Oak is actually IN Disney. According to the official website:

“An incomparable community debuting at Walt Disney World® Resort, where the recognizable whistle of the Magic Kingdom® Park train can be heard. A glorious place to share time together, Golden Oak offers the opportunity to create new Disney traditions entwined with treasured ones, and invest in your family legacy. To call Golden Oak home is to enjoy elite concierge services and privileges at Walt Disney World® Resort and to step into a realm reserved for just a fortunate few.”

A fortunate few? The super rich. Homes start at $1.5 million and go all the way up to $8 million. Again, Kingsmill has done it in the past and continues to do it, but the allure of the area isn’t the theme park. In fact a lot of residents often complain of the noise that the park brings on summer nights, and will complain even more when the Illuminights program starts bringing fireworks to the park at 9p.m. nightly. Many new projects are met with opposition from Kingsmill residents because of either the “eyesore” the noise levels of screaming guests or the traffic to the surrounding areas. If what the official site says is true, it’s going to be even worse for residents of Golden Oak. Magic Kingdom sometimes runs fireworks twice nightly, plus parades with loud music. True there are only two outdoor attractions that might evoke enough screams to disturb the neighbors, but they are minor coasters and on the other side of the park. The biggest thing is that it will have the fireworks. Great for the first week, but what about the other 51 weeks? Imagine hearing Wishes every single night. Now imagine you have to be at work the next morning, or even better you have kids who have school.

Then there’s the traffic. Sure it’s in the middle of Disney property, but you do have to cross paths with resort traffic if you’re coming or going. And just how many bus accidents did Disney have this year? The homes will be pretty much deed restricted, allowing you to only choose from certain styles and developers. But they also boast Disney service in the form of “Concierge services” and “Private Proposed clubhouses”. The real allure to some will be the VIP access to the parks and special events as well as private transportation to the parks.

Some homes will be ready as early as next year and there is an interest waiting list that requires a $25,000 dollar deposit.

For more information about Golden Oak, visit the official site.

For more information including the history of Kingsmill visit their official site.

Will it succeed? Discuss in our forums!