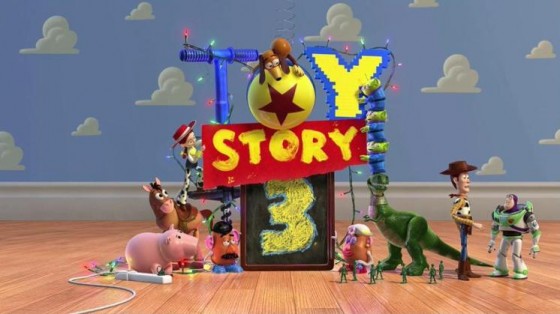 Toy Story 3 opened in theaters this weekend after an eleven year absence from the screen. Eleven years can change a film quite a lot, but thankfully this isn’t one that it’s changed. This is one of the first of many Pixar sequels that will be coming down the pike in the coming years (Monsters Inc, and Cars are the other two) that Disney has signed on to leaving many to think that Disney is going back to the well to mine these familiar franchises because they are bankrupt of ideas. While I’m not excited about Cars 2, if this first sequel is any indication, then they should have gone bankrupt a long time ago.

Admittedly I’m no film critic (something I’m sure will be pointed out). I write about coasters and amusement parks. Toy Story 3 is an exception for a few reasons, the biggest, I have a bit of sentimental attachment to these movies, but more on that later. Be warned, there are some minor spoilers.

Toy Story 3 Directed by Lee Unkrich (who co-directed Monsters Inc, Finding Nemo and Toy Story 2) and written by John Lasseter (writer of the previous two films) continues the story of Woody, Buzz, and the rest of the “Andy’s Room” gang. Andy, like the films, has aged 11 years since the last time we’ve seen him and has grown up. As he gets ready for college the toys must come to terms with what’s going to happen to them once he leaves. After a last ditch effort to try and get Andy to play with them, something he hasn’t done in years, the gang is accepted of the fact that they will spend out the rest of their years in the attic. After all, they will be there if Andy needs them, they are HIS toys. A mix up ensues and hilarity does as well when the toys are donated to a day care and things are not as “sunny” as they seem. Desperate for the chance of peace, the toys are put through a lot of troubles and tribulations together. And in the end, things work out for the best. Not always the way you think, but this IS a Pixar film after all.

The bad news first. It’s Toy Story 2 all over again. It’s clear that they were very pleased with the formula of the “poor mistreated toys” the greener grass and the good guy being the bad guy by about twenty minutes into it. A lot of things are predictable this go round, and Randy Newman still does the music (left foot right foot).

The good news. It works, and it still feels fresh. A lot of the sight gags are still there, with subtle nods to first two movies (although I am disappointed Sid doesn’t make more of an appearance, would have been great to see him as a toy scared lunatic). The movie pulls on your heart strings and rips at your tear ducts. The plain fact is that these toys have been around a while and they now how to make a great movie.

Sure, the movie does have more faults than that, but I dont want to get into a blow by blow with huge spoilers. Favorite characters are of course Slinky Dog, Rex, and Woody with Lotso making a very good diverting bad guy. The Barbie and Ken sequences are hilarious as are the unexpected stylings of Don Rickles as Mr. Potato Head. “I feel fresh and healthy! I can’t stand it!”

But the real thing that made this movie for me was the personal connection. It always seemed funny that all of these movies came in a time in my life that mirrored my life a little too well. I was a father at a young age and my oldest son pretty much grew up on these films. Buzz Lightyear was the reason he was able to sleep in his own room and Woody was a good motivator on potty training. He’s almost a teenager now, and will probably kill me for sharing that. We took him to Disney for the first time when he was 3 and the whole concentration was on Buzz Lightyears Space Ranger Spin. For him it was as thrilling as what a lot of people have experienced recently with the Wizarding World of Harry Potter.

More than that, as a father, I connected with each of the films. The first film’s theme of the world changing around you and not knowing how to handle it, yeah, that was me! I was the new father, uncertain of how to deal with that fact.

The second film had Woody having to deal he, as Andy’s toy, had a responsibilty to Andy. He had to be there for him, even though he could have chosen a different path and had things a little easier. Again, right there with Woody. Having to make certain career choices and having to choose either the easier life, or having the most time with my children as I could. Making sure that I knew them.

The third film deals with watching Andy get older, and finally having to let go. While I’m not quite there, I’m getting there. In the past few years I’ve divorced from my childrens mother, and she moved to another state. Thankfully I have custody, but this means she has visitation over the summer. I’ve had to let go, and get used to the fact that my kids will not be kids forever. As parents, we’re all there.

One emotionally gripping scene in the movie has the toys accepting the fact that their time is up, and in the end all you have is what you’ve done. I feel it every day. It’s a hard tale to walk through but it is one that every parent has to do. But Andy sums it up best, just as I hope my kids will one day:

“The Best thing about Woody is that…he never gives up on you…not ever.”

Thanks for not giving up sheriff.

Discuss in our forums.