Busch Gardens Williamsburg invited us all out to check out Illuminights. Although we had already checked it out opening weekend and we were unable to make it back up to the park, my Dad headed out to the park to check it out again. Although he was only at the park for a short time, my Dad really had a lot to say about the event.

My Dad happened to notice what appears to be new foundations going in behind the Lorikeet Glen (where the birds are located on the Jack Hanna Trail between France and Ireland). They are made out of wood, which makes me think they will be adding more covered areas to sit and relax while enjoying the surrounding area and the birds near by. Could this be the parks next project before the rumored 2011 drop tower? 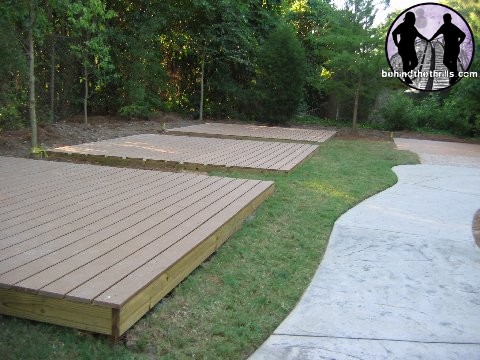 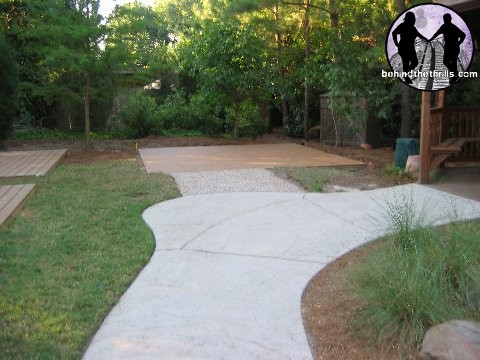 The first stop was Oktoberfest, for the world’s largest living cuckoo clock. During the performance, my father noticed the stuffed sheep that gets attached to the wheel and spins around is no more. The performer now holds the stuffed sheep the entire time. Is it possible that it offended someone and they were asked to change it?

We get another look at the parade in France from a different spot this time. I never noticed that giant inflatable hot-air balloon on top of one of the buildings in France.

Illuminights runs from now until August 22nd with shows in Ireland, Italy, France and Oktoberfest every hour on the hour beginning at 5pm. Each village has it’s own small fireworks and the park will have fireworks over the Rhine River nightly at 9:30. For more information about Illuminights, visit Busch Gardens’ Official Website.