Sea World Orlando has just announced their all new “After 3p.m.” pass. It’s a great deal that unlike other parks isn’t restricted to Florida Residents. It’s good starting today and comes just in the nick of time for the 4th of July weekend. It makes it a lot more appealing with the inclusion of “Sea World After Dark” which features nightly fireworks. Also this weekend Sea World will be having special 4th of July fireworks presentations in honor of the holiday. 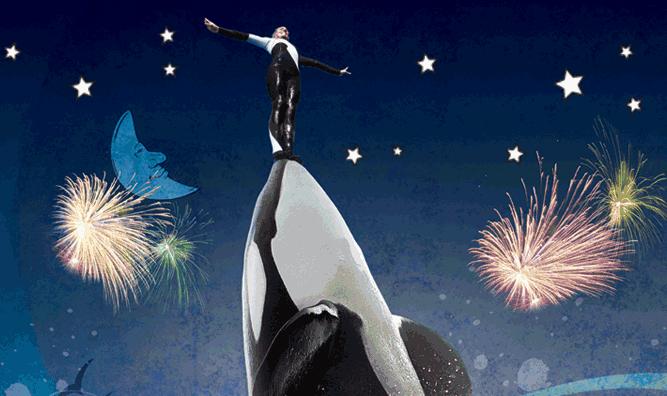 ORLANDO, FL (July 2, 2010) — At SeaWorld Orlando, the nights are cooler and the atmosphere is hotter as AfterDark transforms daytime favorites into nighttime spectacles.

With the all-new Twilight Ticket, guests can experience SeaWorld’s thrilling rides, up-close animal encounters and awesome shows at night for only $39.95, adult or child.  It’s an after-3 p.m. admission and Orlando’s hottest deal for one-of-a-kind, evening theme park adventures.

And this holiday weekend, it’s a great way to celebrate with family and friends during the day and rock out at SeaWorld at night. The park has a special fireworks display on the 4th of July.

SeaWorld AfterDark showcases the park in a whole new light, with a nighttime rock n’ roll extravaganza, a high-energy Shamu show, a hilarious sea lion show, coasters under the stars and a mystifying fireworks finale.

That’s in addition to being able to experience all that’s awesome day and night, like Manta, up-close animal encounters and spectacular shows. SeaWorld AfterDark continues through August 15.

Twilight Tickets can be purchased at SeaWorld.com now through Labor Day.

SeaWorld is the place to be after dark this summer:

MANTA — Find out what it’s like to spin, glide, skim and fly with the largest of rays when riding Manta – by moonlight, an even more extraordinary sensation.  A seamless blend of up-close animal encounters with a head-first, face-down flying roller coaster thrill ride, Manta is an adventure only SeaWorld could create.

Shamu Rocks – It’s a spectacular rock ’n roll killer whale show that wows audiences of all ages.  This show is a high-energy concert as big as Shamu, combining awe-inspiring killer whales with a stunning light show and music from some of the hottest rock stars in the industry.

REFLECTIONS: FIREWORKS AND FOUNTAIN SHOW FINALE — SeaWorld comes to life in a spectacular celebration of soaring fountains and dazzling fireworks.  Through the thrilling and inspirational music of the park’s most popular shows, families and friends will experience a wondrous connection that lights the night like never before.

Prices plus tax & per person. Not available with other discount offers. Some restrictions apply. Valid through September 6, 2010.