Haunt season is just around the corner and Universal knows how to tease the fans. For the past couple weeks, we’ve been stumbling upon update after update, but we still don’t have a look at the big picture yet. Yet again, the Halloween Horror Nights website has updated, revealing all poloroids on the table, but the question still stands: What do they mean?

It’s pretty apparent this year is going to be a big reunion based upon speculation and things we’ve seen up until this point. Based on the pictures, it looks like we’ve got pretty solid confirmation on an appearance from Cindy, the Care Taker, and possibly Parade of the Dead?

Not only did the Halloween Horror Nights website update, so did the Legendary Truth website. Below are pictures from their most recent update, pieced together based upon the design on the images. From what it appears, all the images will make one big picture. The markings are the most interesting point. They have similarities to the lantern on the Halloween Horror Nights website, which has somewhat of a circular opening for the flames to burn through.

What do you think? 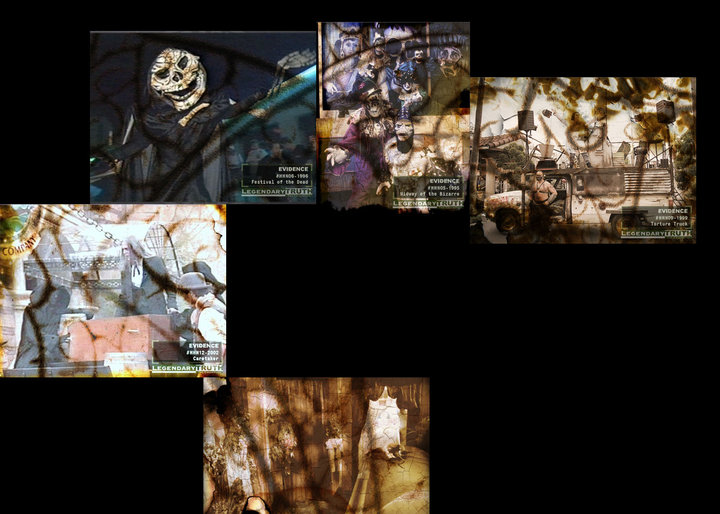