Horror Nights starts in about two weeks and street construction is really moving along compared to last week. Last week we took a look inside the Studios at Saws ‘n Steam and Esqueleto Muerte. Each day, more and more props are appearing. Halloween Horror Nights kicks off officially on Friday, September 24th. 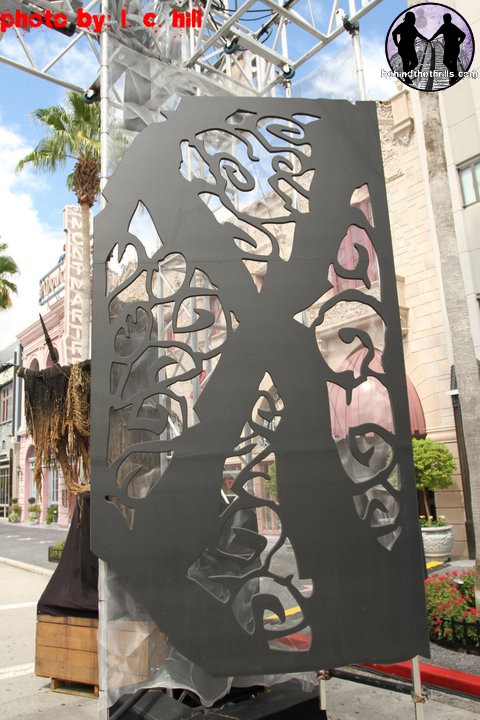 New props have appeared near the front of the park for what appears to be the “HHN 20 Years of Fear” scarezone. We’ve got a good mixture of props here from a ‘Dragons Lair’ sign (from Dueling Dragons) to a Fire Eater sign. Mardi Gras props are being brought back out again around Disaster, but this time there won’t be any bead throwing and sexy flamingo stilt walkers… well, maybe. The Zombie Gras scarezone will be quite the opposite of Mardi Gras. Plastic tubing has appeared along the skyline in Sting Alley for Saws ‘n Steam.

It really seems Universal is bringing back tons of old props for the streets this year. I wouldn’t be surprised if the skulls from the queue line of Dueling Dragons have been preserved and installed in Catacombs.