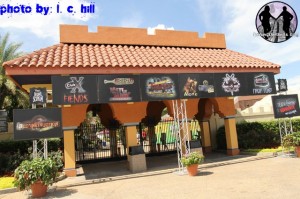 Since our last Busch Gardens update, a lot of things in regard to Howl-o-Scream street construction and Project 2011 has changed. Howl-o-Scream starts in just under a week and things look like they’re pretty ready to go. To top things off, Gwazi Tiger is down and has been for a while. Wonder what’s going on there? 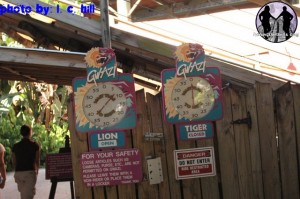 Crazed Love has has some major additions, like bleeding hearts hanging from the walls and ribbons hanging along the ceiling and walls in the area. Our last picture update somewhat had me puzzled until today – It all made sense. Crazed Love looks like a wedding scene that ended in nothing but heartbreak. Signs for houses and scare zones (information and directional) have gone up, as well as a few items here and there.

Project 2011 looks like it’s moving along slowly. The park has yet to announce any official details on the ride, with the exception of a short teaser clip of what appears to be a green launch coaster. The track sitting on site (which matches the track in the video, by the way) isn’t helping with suspense. Looks like we’re going to have to watch dirt moving a little longer.