Harry Potter and the Deathly Hallows: What will the end bring for Universal? 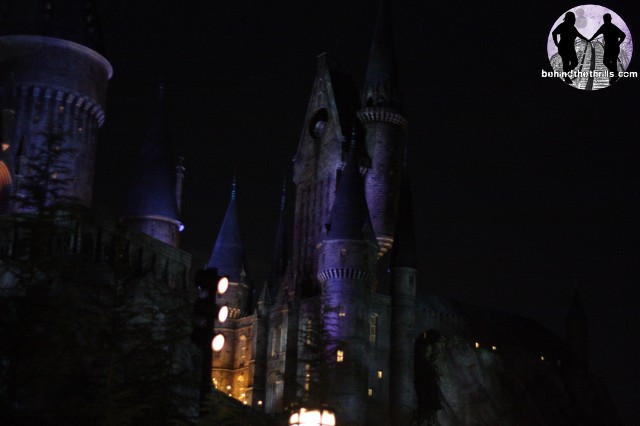 Part one of the two part cinematic finale to one of the most successful book and movie franchises of all times made it’s debut a few weeks ago. While Harry Potter and the Deathly Hallows churns it’s way through hundreds of millions of dollars it also churns closer to the end of it’s lifespan in print and on-screen. Over the Summer Universal Orlando unveiled it’s all new area, The Wizarding World of Harry Potter. With the book series already gone, and the movie series wrapping up with Deathly Hallows Part 2 in July, will interest in the area wane? To answer that, let’s take a look at the latest movie.

Harry Potter and the Deathly Hallows is the third in the series by Director David Yates. He’s taken the kids from discovering their strength to dealing with loss, and now they have the daunting task of either killing Lord Voldemort, or being killed themselves. They are public enemies in the Wizarding World, and those who fear them are the very ones in control and those who also want them dead. The film goes to the necessary dark places and it’s not a fun ride. It’s very depressing, ominous and at times confusing. If you are a loyal fan of the book you may find yourself split right down the middle. The movie has a very desperate level to it, one that leaves you with the same uneasy feeling that many say the book version of Order of the Phoenix did. Yates takes what is possibly one of the most boring of the series and manages to make it somewhat exciting. Is it the best of the movie series? Not at all, but this is merely a means to an end.

As we’ve seen the tone of the books drop into desperation, so it is with the movies. We’ve also seen the children of Hogwarts grow up both as characters and actors. All three of the main performers give strong performances, with the strongest being Rupert Grint. He seems to have found his skin with Ron Weasley.

But great performances aside, there was something that brought the movie down for me. There was no Hogwarts, no whimsy, and no fun. It was all business, and that business? Find a way to defeat the most powerful wizard alive, the same wizard who was responsible for the death of so many friends and relatives of this trio. Yes we knew it was supposed to be dark and dim…but the fun has gone out.

Will the Wizarding World of Harry Potter feel the effects of this last installment? Not likely. The entire WWOHP is set between books 3 and 4, and it definitely has that feel to it. The continuity does feel a bit off, but it’s a theme park attraction and as such lives outside the continuity of the real world. Which is nerdspeak for “It doesn’t matter when it takes place, just have fun!”

But what about this world when the movie ends? Will the public lose interest in it? We all know that if attendance dips at parks like Universal then quality tends to go down (just look right next door to Jurassic Park for proof). If this Summer is any indication, then don’t count on it.

Everyday during the summer there were lines of people waiting to get into the WWOHP. Once the season died down, so did the lines, but what about two or three years out?

It seems as if Universal is holding those cards closely and not letting anyone take a peek up their sleeves. On the same weekend that the Deathly Hallows opened, Universal held it’s first Passholder event in WWOHP. It was a massive success. Sure, they didn’t do anything special, and the special edition pins sold out, but they SOLD OUT. Meaning that though people came in that normally come in, and complained about what was offered, they still bought things, and loads of them.

But what about the future? Universal has announced their plans for Christmas at both of their parks, and the WWOHP is not included, at least not this year. This means that while the rest of the world who haven’t seen the WWOHP yet are busy at the park this Christmas, next Spring and Summer Universal can wait for until the new wears off a little bit before hitting us with a Holiday layover either next year or the year after. Then of course there’s the rumored expansion. Many have heard that the park plans on engulfing the rest of the Lost Continent to make way for even more Potter goodness. Meanwhile, the park does have a deal with Marvel which is now owned by Disney. Rumors are starting to circulate that execs are eyeing that area as a huge expansion to Potter, with four rides already built.

So will Potter still pull in crowds? If they do it right, (as they’ve already done) then Hogwarts will always have willing students.