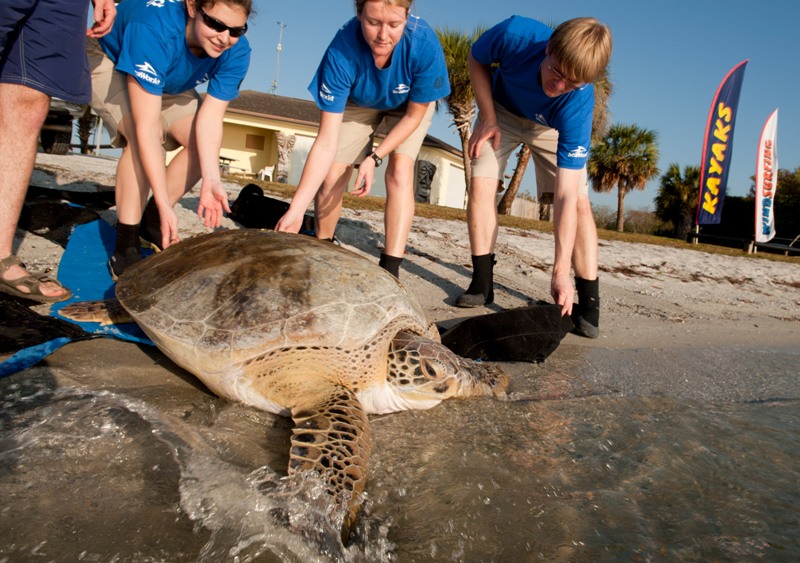 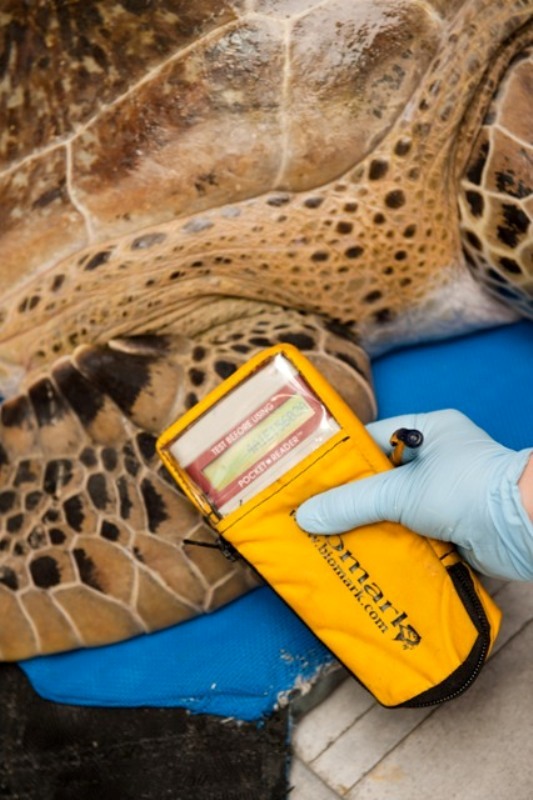 (January 19, 2011) — After recuperating at SeaWorld Orlando from injuries brought on by December’s cold weather, 14 sea turtles were returned to the wild today by SeaWorld’s animal team.
Two green sea turtles – including “Big Mama,” a 250lb female – were released to the waters of the Banana River near Kelly Park, and the remaining 12 were released further south, into the lagoon at Sebastian Inlet State Park.
All of the turtles had been resting and getting healthy since the December cold spells, when they were either rescued by SeaWorld staff or brought to the park by local wildlife experts.
Interesting fact: Green sea turtles are the 2nd most-common nesting turtle. Each May-June, they lay their eggs on Florida’s east coast. A “PIT” tag microchip (similar to ones used on our own pets) was placed under Big Mama’s skin and if she is rescued again — or if she’s seen nesting – the chip will allow wildlife experts to quickly scan her flipper and get important background information.
The animals released today were the first sea turtles to be returned by SeaWorld’s team this year.
SeaWorld’s rescue team is on call 24/7 to care for injured, orphaned or ill animals including turtles, manatees, dolphins and birds.