I’m not a fan of American Idol, so I wouldn’t know this guy if he cut me in line for Sheikra. However, he is starring in the “hair metal” musical Rock of Ages. Being a fan of Hair Metal, this gets my attention. Plus this very same musical is going to get the big screen treatment with no other than Russell Brand starring. However, Constantine did get to spend the day at Busch Gardens Tampa. 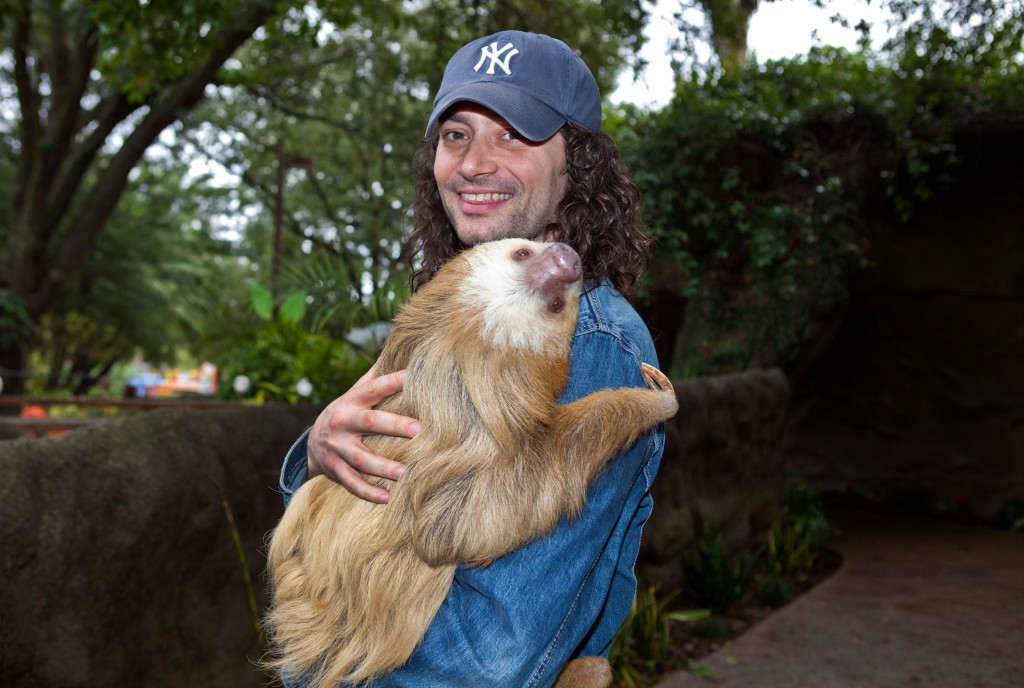 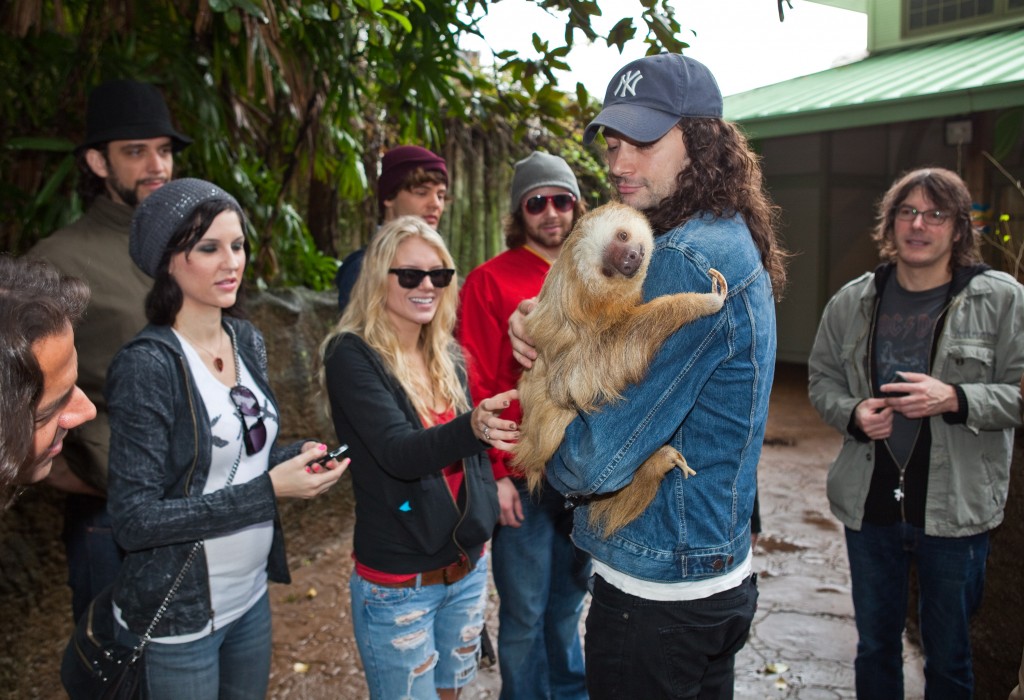 Tony nominee and American Idol finalist Constantine Maroulis, who appears as the ‘do-rocking “Drew” in the hit hair-metal musical Rock of Ages at Ruth Eckerd Hall, meets the most popular – and hairiest – of Busch Gardens’ Animal Ambassadors team, Harry the sloth.

Maroulis and members of the cast spent the day relaxing at the adventure park, enjoying up-close animal experiences and riding roller coasters.

Thanks to its thick, shaggy hair, the sloth has an unusual, symbiotic relationship with algae, which grows on its coat and aids in camouflaging the sloth as it hangs from tree branches.

Rock of Ages is the story of a small town girl and a big city rocker falling in love to the greatest songs of the ’80s. This five-time 2009 Tony Award nominee is an arena-rock love story told through the hits of Poison, Journey, Night Ranger, STYX, REO Speedwagon, Pat Benatar and many more.

Coincidentally, BGT’s own “Real Music Series” started this week and continues until March, while the “Bands, Brew & BBQ” series starts next month.
For more information on all the concerts and of course Cheetah Hunt the parks newest coaster opening this year, visit the official website.