Happy Pi Day everyone! Yes the square root of Pi begins with 3.14, which happens to be today’s date. Why is this important? Well it’s not, but everyone I said that said “hey I love pie!”. Sometimes I just lose all faith in humanity. But that doesn’t stop the news!

Bah! Every time I need a drink the rum’s gone. Why is the Rum gone?

Some interesting pics showing off progress of the park have come to us by way of Florida Brick. They are rather blurry but you can see that some work has been made on the existing Swamp Thing coaster, and new track is in the parking lot for the Dragon Coaster. 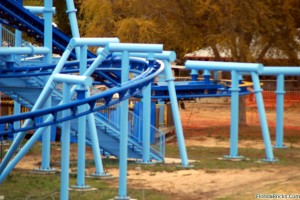 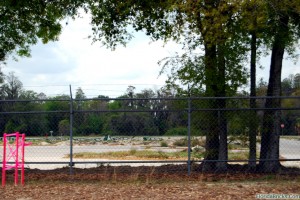 Kings Island
Kings Island has released a teaser for it’s new attraction in 2012. Wow, Windseeker isn’t even completed yet and they’re touting next season’s newest thrill machine. Does that show a lack of faith in the swing set? One thing for certain is that the park knows how to get people talking. The only thing I can get from this is that it has a possible Dinosaur theme, and judging by the water on the computer in the background, it looks to be a water ride…or possibly a coaster. Who knows, yet. We’ll find out Friday.

Disney
A worker at Animal Kingdom fell from Primeval Whirl Sunday and was flown to the hospital where they later died. CFNews 13 has the full story and 911 call. This is the second death on the coaster since 2007. The coaster was not in operation at the time, but under rehabilitation. Our thoughts and prayers go out to his family, friends and workers.

Vegas
Sahara hotel and Casino in Las Vegas will close in May, and along with it SPEED-The Ride a Premiere LIM Coaster. It was at the NASCAR Cafe located inside the hotel. No word on whether it would be salvaged or if they will just let it die.

Ride of the Day
Tokyo Disney Sea has recently undergone massive tragedy due to the massive earthquake that hit Japan Friday, followed by a tsunami. The entire area will remain closed until further notice due to rolling blackouts. So today we pay tribute to a ride that captures the imagination of Jules Verne and takes us deeper than any other ride ever has. And for that, Journey to the Center of the Earth is Today’s Ride of the Day.