Busch Gardens Tampa has released an all new video showing off time lapsed footage of the construction of Cheetah Hunt and Cheetah Run, the all new coaster and cheetah attraction opening May 27th. The coaster can be seen in the video making runs with water dummies as it twists and turns through the Intamin track.


In related news Busch Gardens has been giving away the really cool Cheetah Print hardhats via their Facebook page. Remember when you try to win one that these hats were worn by sweaty theme park nerds a few months ago during the Hard Hat Tour that we were given of the coaster and animal habitat.

Now on to our photo update. Signage and banners are going up everywhere not only for Cheetah Hunt but for the Skyride as well, which now has a May 27th reopening date on the Busch Gardens Website. 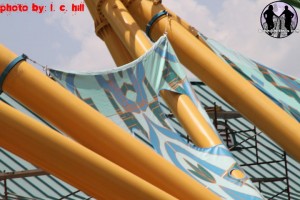 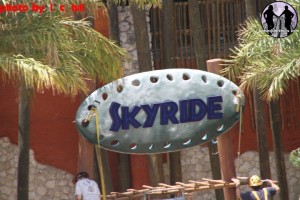 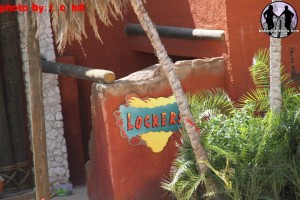 With all the signs and banners going up, there is even more work happening around the area with concrete work, trees and rock work. Hard to believe that just over a month ago, it was all dirt.

And as the video states full testing is going on, as we reported last week. But now it’s happening at a more rapid rate, and you have the liberty of sitting around for quite a while watching the runs. 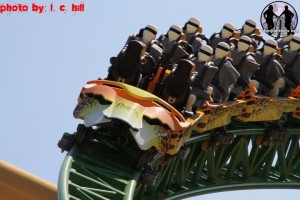 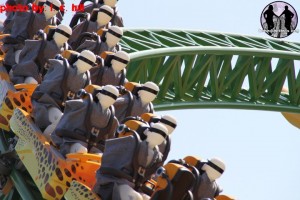 Those poor water dummies look as if they are being tortured by some bizarre cat ritual. Still looks cool regardless.

Even more testing shots, with a full video to come soon:

Enough of Cheetahs, how about some Hippo action?
[flickr-gallery mode=”photoset” photoset=”72157626470812757″]
For more information, including tickets visit the official Busch Gardens website.