Hey Kiddies! Things are tough all over, but it’s no excuse to start breaking into empty houses. A house we own, which is empty, was broken into today and the long story short, 3 people are now going to jail. Moral of the story? Be Excellent to Each Other. Now for some theme park type news. Shall we then?

Earlier this year Disney announced that they would be putting a stop to it’s annual high school tradition of Grad Nite. Stitch Kingdom, reports that every new beginning starts with some other beginnings end, and the new beginning at the end of this beginnings end is called Disney’s Senior Trips. More details are coming May 7th, but essentially it appears that Disney will offer seniors special pricing and exclusive experiences year round. Makes sense, because Disney doesn’t have to shut down a park, they don’t have to pay for special entertainment, and they don’t have to clean up “protein spills” on POTC. Now the question is, will high school seniors become more annoying in groups than Brazilian Tour Groups?

Disney has been very influential in Florida. According to the Orlando Sentinel Disney makes up about 2.5% of all of Florida’s domestic product. To put it in to a better perspective that’s $18.2 Billion dollars annually. DAMN!

Other
Darien Lake has announced it’s line up for the 2011 season, and it includes six all new shows. The shows will include a Sea Lion show, and American Idol winner Jordan Sparx. More information here.

For you space fans out there, NASA has announced where it’s four shuttles will go after they retire the fleet later this year. Atlantis will remain at Kennedy Space Center, Discovery will go to the Smithsonians National Air and Space Museum, Endeavour to the California Science Center, and the Enterprise (the one that never flew) to the Intrepid Sea and Space Museum in New York. More information.

Six Flags is getting the Green Lantern coaster, but many theme park fans may not realize it’s based on a movie coming out this summer. Here are a few stills from the film 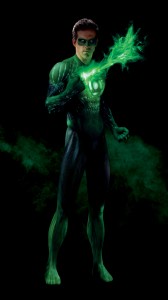 For more images make the jump to Latino Review.

I’ve always been a big video game fan, video game movies…not so much. However, there is a new live action Mortal Kombat webseries that has hit the web and shows a very gritty take on the source material.

An all out acid trip featuring one of the signature songs of my parents generation doesn’t immediately spark inspiration for a great theme park ride. But Sally Dark Rides managed to take a just that and take riders on a journey through the imagery and mindset of the 60’s. It was touted as one of the most visually and aurally stunning attractions of all times and could have put Hard Rock Park on the map, had they made better business decisions. That makes The Trip:Knights in White Satin today’s Ride of the Day.