Blah Blah Blah, words. This is a relatively slow news day. I find it extremely ironic that in times when the parks are closed, news comes gushing in. However, right now, as parks get ready to open…news grinds to a hault. And in Summer when the parks are open…forget it. We do have some theme park news in here somewhere, so let’s get to it. Shall we?

So there’s not much in actual theme park news, but still tons going on within the company. The first of which is, Mother’s Day! You have a chance of being on Disney Junior with a special message for your mom. Simply write and show a photo of what Mothers Day means to you. Click here for more info.

Cars 2 is one of those rare films by Pixar in which I would much rather nail my testicles to a moving train than go see. That was mostly because of the horrible first movie. However, with all the cool stuff that they are putting out for the new installment of the creepy faced vehicle movie…the less appealing that train starts to look. Take for example these posters, and fun viral videos: 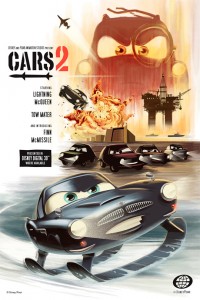 It’s less of a merchandising film this time around, and more of a spy film…with fortunate merchandising side effects. I may just go to theaters for this one.

We have received official word that Vanish Point at Busch Gardens Virginia’s Water Country USA will be having it’s Grand Opening Saturday May 21st, just a few short days before Mach Tower.

Six Flags New England is all set to roll out the coaster with the longest name in it’s library. Gotham City Gauntlet Escape from Arkham Asylum is set to open very soon, and PR Newswire has the complete details.

Confession time..that last link isn’t really news, but it is a great reason to run what I think should be the next big show in the Six Flags parks…ready? 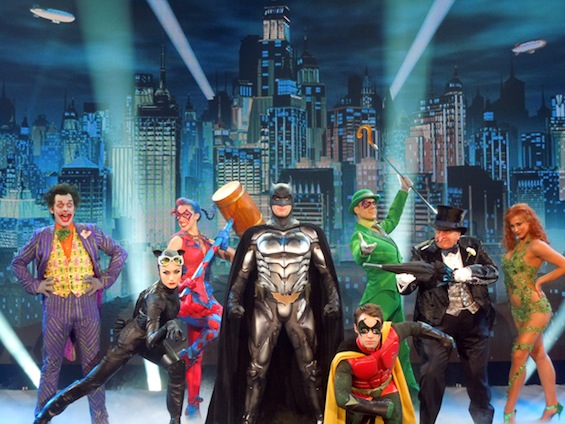 That’s right, Batman the Musical! It’s like Schumachers Batman and Robin live on stage…and frankly, it works…but it would work better as a theme park stage show.Other

Spring Hill Tennessee is set to vote on the all new Festival Tennessee theme park that was proposed by the toothless business man who has $750,000 in judgments against him. Surprisingly (yeah right) there is no contract drawn up yet, and since all the dirty laundry has been brought up there has been little contact with the head of this proposed $750 Million dollar theme park. Read more here.

The coaster museum that will house pieces of old coasters such as the beloved Big Bad Wolf has gained the first step in being approved as it was voted 8-0 for a study to see the economic feasibility. The planned museum already has a large piece of land dedicated to the project with promises to double that in size. I’ve often wondered, besides coaster nerds who else would come to a coaster museum? Find more information.

Cedar Fair parks have long been record breakers with huge new coasters. This year the Guinness Book of World Records will have official adjudicators on site Cedar Fair parks to officiate world record attempts by both the parks and the guests.

“When you think of world-record-breaking rides and roller coasters, you think about Cedar Fair,” stated Bryan Edwards, spokesperson for Cedar Fair Entertainment Company. “By working with Guinness World Records, we will be able to bring an exciting new level of fun to our guests this summer.”

Makes you wonder what kind of records the parks are going to be trying to break. This concept has been tried and successful in Dubai and will kick off in just a few weeks at Carowinds for the record of “the most people dyeing Easter Eggs”. For a complete list of participating parks, visit this site.

Universal Orlando has already announced that they are replacing Jimmy Neutrons Nicktoon Blast with an “exciting new concept”. What we didn’t expect was to hear anything about a replacement until the official final closing August 18th. However, via their Twitter (@uornews) they will be dropping hints starting Monday on what the new attraction will be. Are we still sure that it’s going to be the same system only with Despicable Me? Let’s hope not.

And from Universal Studios, an all new trailer for Cowboys and Aliens (from producer Steven Speilberg and Director Jon Favreau Director of Iron Man)

You walk the city streets of New York and enter the subway. You board a sky trolley and are taking in the sites when suddenly you are confronted with the biggest gorilla you’ve ever seen. There’s no place to run, the only thing you can do is take a deep breath and hope the stink of the Banana Breath doesn’t kill you. Based off a remake from the original 1933 classic, you are taken face to face with this beast and live to tell the tale. This is why Kongfrontation at Universal Studios Florida is your ride of the Day