Since it’s inception, American Idol has since become a big hit across the nation. You hear folks talking about it everywhere – at work, on the streets, buses, and with their friends. The show has continued season after season into the finale of it’s 10th season, and has even become an attraction at Disney’s Hollywood Studios. 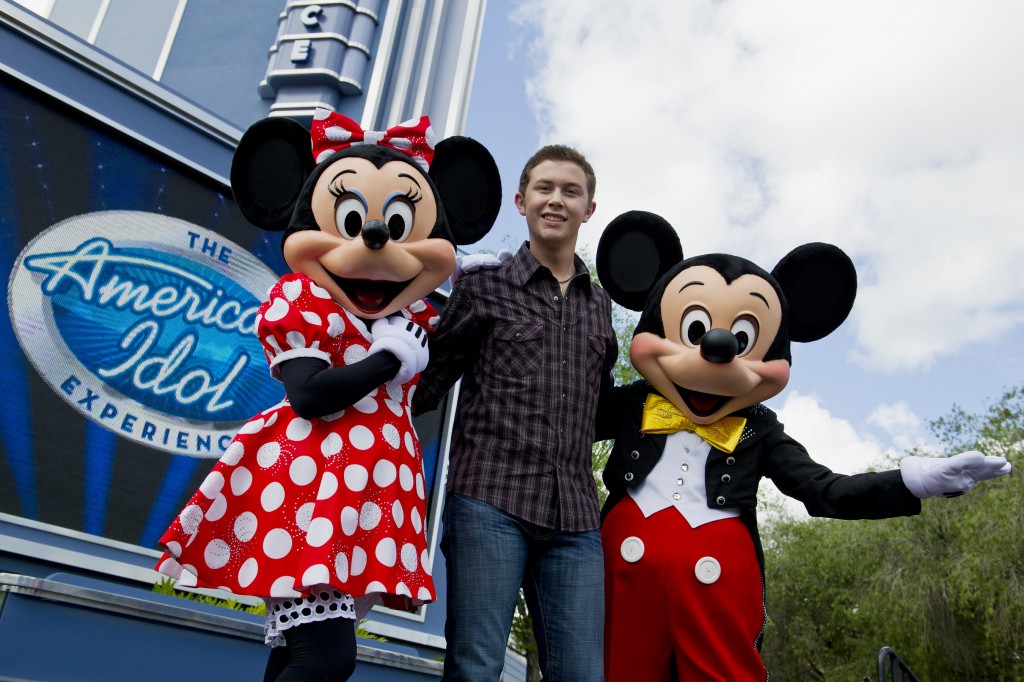 This past week, recent American Idol winner, 17 year old Scotty McCreery from Garner North Carolina, visited Disney’s Hollywood Studios to celebrate his American Idol victory. During his visit to the park, he took the stage in front of the American Idol Experience to sing his hit single, “I Love You This Big”.

Check out these photos of Scotty’s visit to Disney’s Hollywood Studios. Photos below courtesy of Disney.