Cheetah Hunt update, and Kasi Returns from his debut in Hollywood

With exactly two weeks until we get a glimpse of Cheetah Hunt and Run at Busch Gardens, work is going at a frantic place. Things erupt over night and what was a pile of dirt yesterday becomes a walkway in front of our eyes.

Yesterday we showed off the sign being put into place. Today: 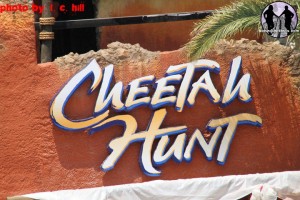 Have to admit, it does look pretty sexy. This is on the building that houses the ride and the skyride. Paths are being poured, and more importantly Cheetah Run is starting to look like a real environment 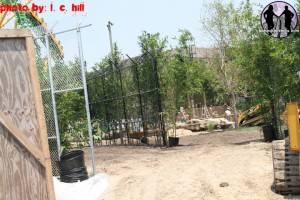 Fences and more are going up all around the area. More concrete is being poured over the paths, and even more testing is being done.
Elsewhere in the park Rhino Rally is closed for what is being called “essential maintenance”. This is the second day that it’s been closed, and it’s not on the official closure list, so could there be a problem or just some basic maintenance…or something else? 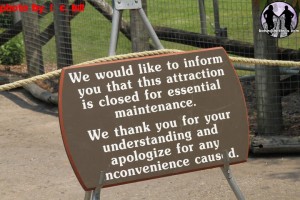 The elephants were also gone. Also of note, half of Gwazi was down, as well as Congo River Rapids.

In other areas of the park, maybe you were able to catch a little buddy on the Tonight Show with Jay Leno. Julie Scardina took Kasi out on the set and he raised a little hell.

Well, fresh from his Hollywood debut, Kasi is back at the park…and still feeling rambunctious. 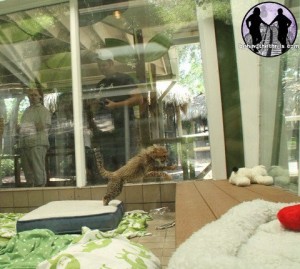 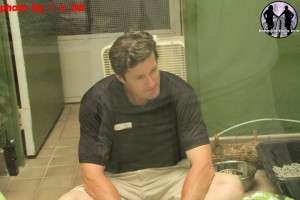 This little guy can be seen in Jambo Junction with puppy pal Mtani.
Here’s some more pics of the little devil rampaging around
[flickr-gallery mode=”photoset” photoset=”72157626707401716″]