Nickeloden’s popular teen-band, “Big Time Rush” performed lived at Universal Studios this past Saturday and also aired a preview to their newest episode “Big Time Prom” to fans in the park. Before their performance at the park on the 14th, they visited both of Universal’s theme parks: Islands of Adventure and Universal Studios.

Check out this photo of Big Time Rush hanging out in the park: 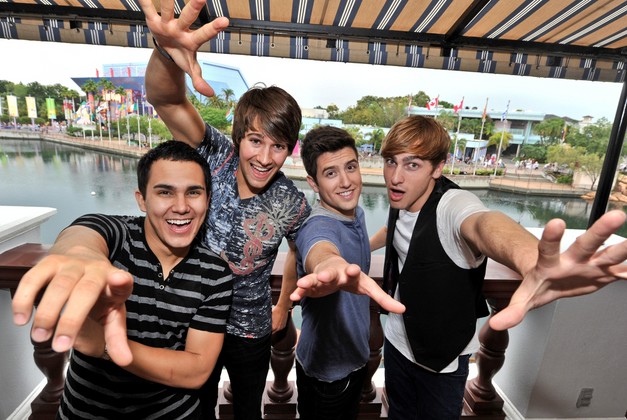 Nickelodeon’s hottest band, Big Time Rush, experienced big-time thrills at Universal Orlando Resort over the weekend while they were in town to perform live for fans at Universal Studios Florida on May 14. The hit series, “Big Time Rush,” stars Kendall Schmidt, James Maslow, Carlos Pena, Jr. and Logan Henderson as four best friends who move to Los Angeles for a chance at music superstardom. During their visit to Universal Orlando, they toured both world-class theme parks and soared above Hogwarts on Harry Potter and the Forbidden Journey. Photo Credit: Kevin Kolczynski, Universal Orlando Resort

And here’s another shot of the band hanging out in Lombard’s landing. 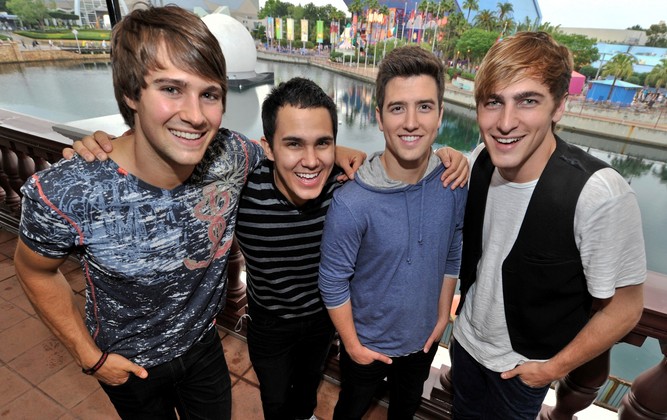