I hope everyone has had a wonderful Memorial Day Weekend. This is the weekend that many of you went to the movies, rode a new coaster and had a lot of fun. Today is the day that I hope you all gave a bit of thanks and remembered those who have fallen in service of this country. After all, that’s what Memorial Day is all about…not those still in service, or those who did serve, but those who gave the ultimate sacrifice. We appreciate all of our service men and women, past present and future. In sadder news, this edition of TDN is dedicated to a member of our family who passed this weekend, our beloved Abbey, the 12 year old cocker spaniel. I know it was a dog, but for those of you who are pet lovers and who have four legged members of the family,you’ll understand when I say that she wasn’t a pet, but a member of our family.
We’ll miss our old girl 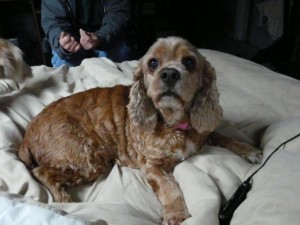 Thank you
Now, bow down before the awesome power of my theme park news!

Busch Gardens
While Cheetah Hunt had it’s grand debut at Busch Gardens Tampa Bay this weekend, the one attraction that didn’t was Mach Tower. If you remember, the drop tower was supposed to open, but didn’t because of issues in testing. We do, however, have a mini update from BGW from the weekend which includes some construction work on the tower, new signage, all new entertainment and of course Illuminights construction!
[flickr-gallery mode=”photoset” photoset=”72157626721614665″]
Also worth noting, the park opened the old Big Bad Wolf giftshop with new paint and new merchandise.

Meanwhile, in Tampa, Tuesday May 31st is the last day to get your “Fun Card” which will give you the entire 2011 season admission to BGT for the price of a single day ticket. The park still will offer unlimited admission, but now for $5 dollars more than the current admission price. More details here.

Disney
Disney has received loans from 12 banks to ensure funding on the new Shanghai Disneyland that will open in a few years. More details.

Chef Luc Borgazzi from Downtown Disney’s T-Rex cafe was found dead. Normally this wouldn’t be worthy of TDN, as it’s personal and not park related…but it was weird. Found dead…in a car wash. Who the hell dies in a car wash? Sad that a Disney area chef has died though. More details.

A new image has been discovered from Pixar’s next film Brave. Meet the first “Pixar Princess” Meridia 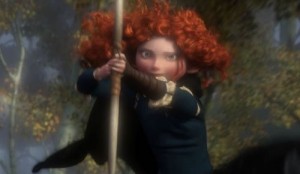 Loving the fiery red hair, and the unconventional Princess look. More pics and a few pieces of concept art can be seen on this Dutch site.

Amusement Today released it’s itinerary for the 2011 Golden Ticket Awards, this year to be held in Santa Claus Indiana at Holiday World. If you are new to the Golden Tickets, let me save you the trouble…it’s an annual award given by “a select group” and voted on. Trouble comes as many see this as just an “nerd award” as many deserving parks and attractions are overlooked year after year, while many of the same parks and attractions win year after year.

Speaking of awards, no official list has been released that we can find, but the NAHPA (National Amusement Park Historical Association) has named Kennywood’s Sky Rocket best new attraction.

Hey Horror fans, the long awaited “Don’t be Afraid of the Dark” has finally gotten a more revealing trailer, a release date and an R rating. And it looks like all the shit that I was afraid of when I was a kid. Monsters, in the dark, that want to FUCKING EAT YOU!!!!

Peter Jackson’s adaptation of The Hobbit, as many know, will be two movies. We now have names of those movies, and release dates
THE HOBBIT: AN UNEXPECTED JOURNEY, December 14, 2012
and
THE HOBBIT: THERE AND BACK AGAIN, December 13, 2013
If you’ve read the books (including the Lord of the Rings) you’ll be familiar with the titles, and familiar with the fact that The Hobbit takes place before the events of Lord of the Rings….though a lot of the Lord of the Rings has events transpiring during the Hobbit…so we’ll see if PJ can pull this off.

Ride of the Day
In honor of Cheetah Hunt opening at Busch Gardens Tampa, our ride of the day is yet another attraction from the Busch Gardens Family.
You are made as small as pixies, and put in a box for safe keeping…yet safe isn’t where you stay. Soon you’re taken on a journey of epic proportions through the hills of Ireland and come face to face with all manner of creatures and monsters from Irish folklore. Of course now, the whole ride is up “in the air”. But the innovation and storytelling alone makes Corkscrew Hill your ride of the Day