We’ve known that Busch Gardens Williamsburg is going to be building a new coaster for their 2012 operating season since late 2010 when the park announced several new, major attractions to their season pass holders. We’ve heard talk and speculation about this coaster, but it’s quickly becoming a reality.

No, track or anything hasn’t arrived on site yet, but I can tell you that they’ve started land clearning and work on the old Big Bad Wolf queue line. 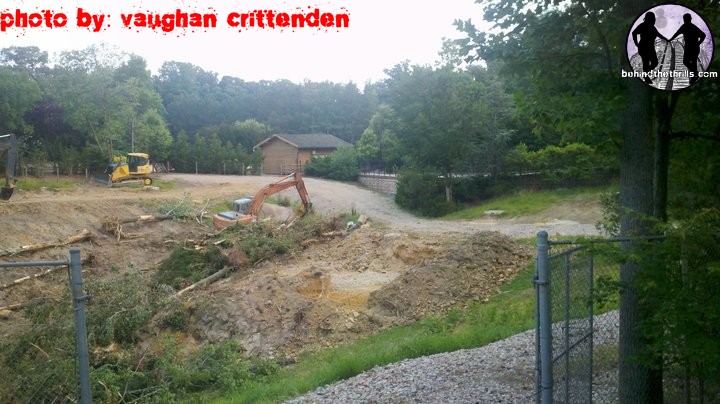 Land clearing has begun behind the Bumper Cars where the first lift for the Big Bad Wolf was, as well as roping in the Rhine River around the supports where the second drop from Wolf was to prevent debris from construction floating into the river. Hey, look at that huge pile of dirt near the service road by what used to be Drachen Fire. Oh god, all this dirt moving excites me because this project is quickly coming to life. 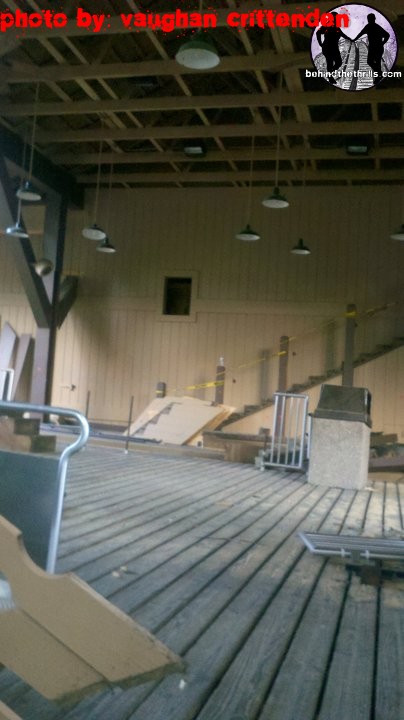 Work has really started to kick into gear in the Big Bad Wolf queue line as well. All the old queue railing has been ripped out. I’ve also been told the overpass from the old exit leading down the stairs has also been removed as well. Notice there’s still items like trash cans and the turnstile still in the queue line. I’m sure the trash cans are pretty heavy since they’re made from stone, but I’m sure they’re going to quickly disappear.

Although construction here has kicked off, we can’t forget Mach Tower, which has yet to open. The park has announced delays.. and that they delay is going to be longer than they expected, but they’re working diligently to get the ride open for the general public to experience. This delay isn’t looking pretty as the ride unit is still in pieces behind the construction wall, waiting to be reassembled. 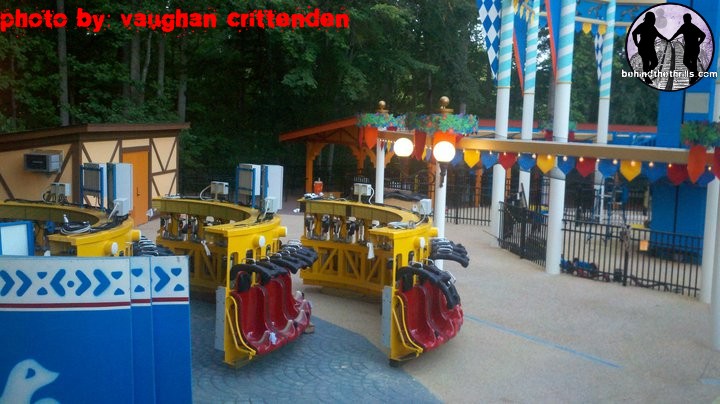 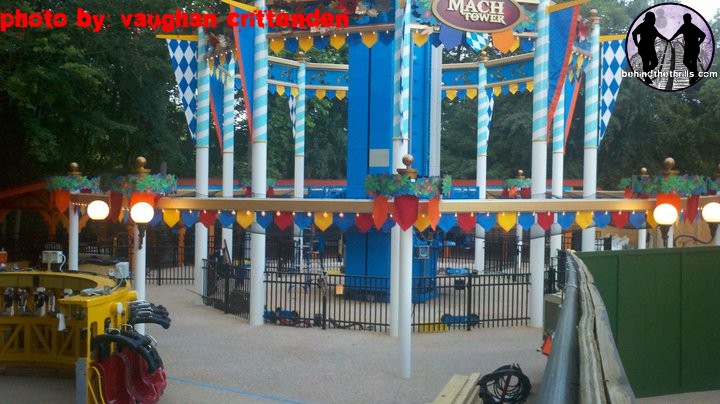