The Halloween Horror Nights website launched earlier today and with it’s launch comes gory details of the event. We don’t know everything about the event yet, as Universal will tease us over the next few months until they finally release all the event details just before the event kicks off in September. 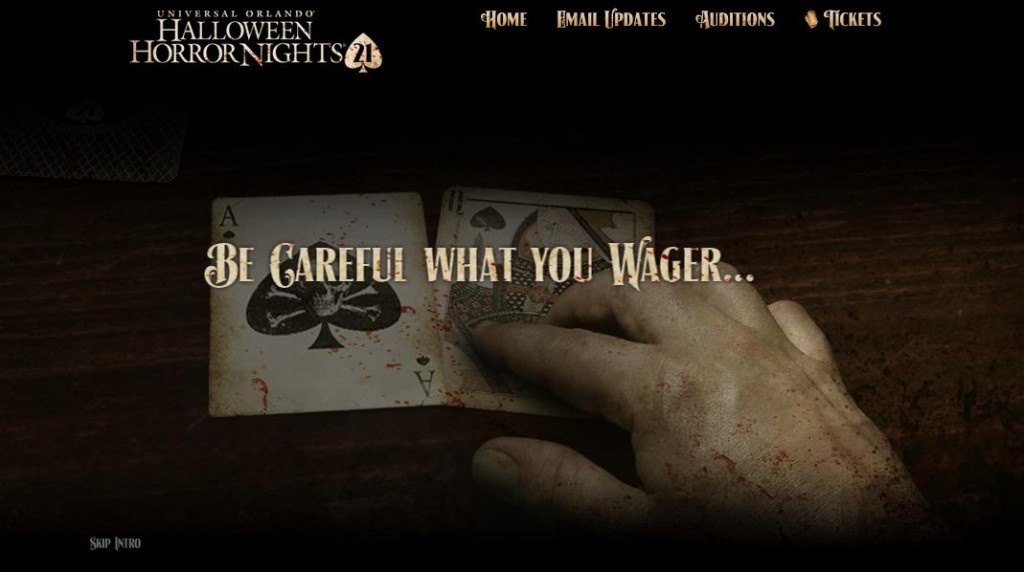 Of course: Blackjack. It makes sense, honestly. This is, afterall, the 21st year of the event and the magical number for Blackjack is 21. It seems that the spade will play a big part of the event this year. Both cards above both feature the Spade as well as the logo. 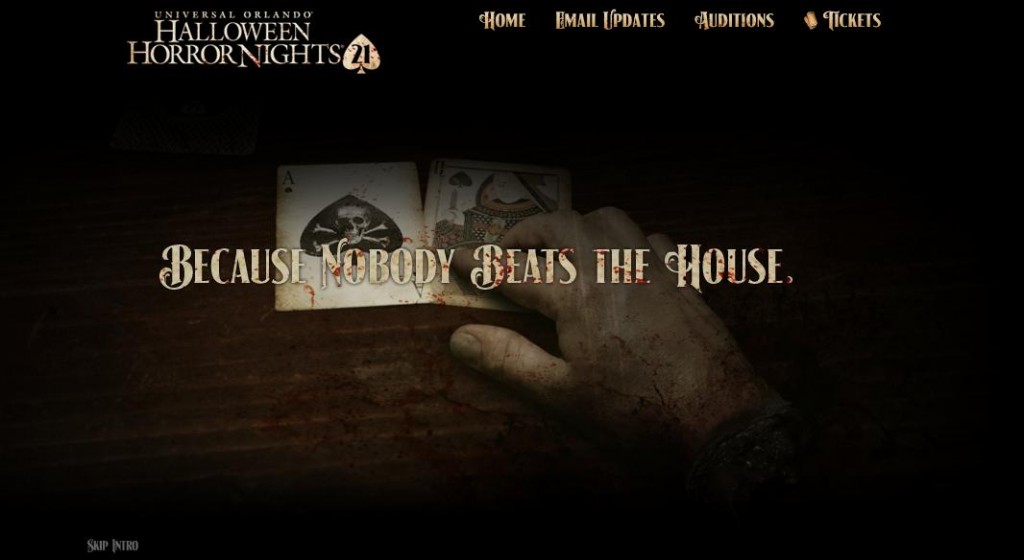 Often enough, the dealer is often the victor. Are we going to see some crazed card dealer as our icon this year?

Or maybe we will see Chance (Jack’s right hand; pictured above) as our icon this year? After all, Blackjack is all about chance and luck. Stay tuned for more updates and hints towards this year’s hints.

From the official press release from Universal:

They say, “To wait for luck is the same as waiting for death.”

Are you waiting for Luck?

You are captivated by an intense desire to tempt fate. Your heart races. Your nails dig into your thigh. The taste of blood is on your tongue as you bite down on your lip. Your eyes shift wildly as you contemplate the risk. Desire seduces you…and you forget that the House always wins.

Notice that “House” and “Luck” are both capitalized in the above snippet from Universal’s press release. Nouns are a person, place, or thing, and are always capitalized when using them in a sentence. So “who”, “what”, and “where” is what we’re really being teased about.

With the launch of the Horror Nights websites, comes basic details of the event: dates, passes, pricing, ect.

Universal has indeed implemented the rumored “Rush of Fear Pass” that we were surveyed about back in February. The Rush of Fear pass will be valid only for the first ten nights of the event.

Frequent Fear passes with Express have also returned this year, though prices have not yet been posted for all the passes. Below is a list of pricing for Florida Resident’s for this year’s event. 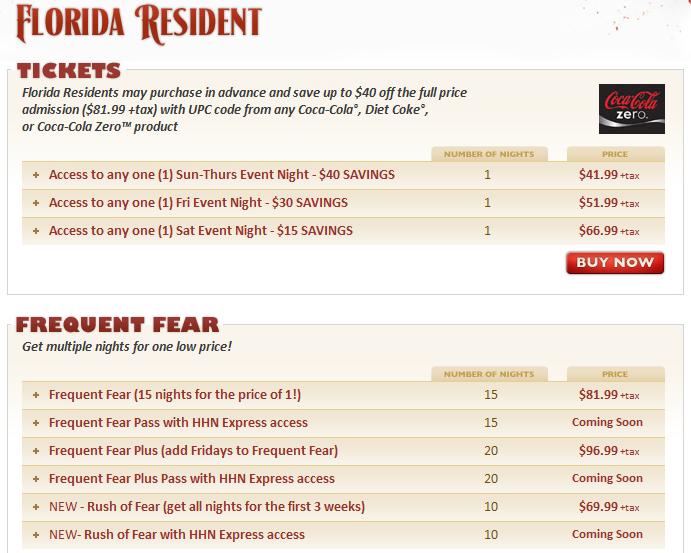 Other prices can be found on the official Halloween Horror Nights website.

Here’s another important one. Event dates are similar from year to year, however the final weekend can differ depending on what day of the week Halloween falls on. This year Halloween falls on a Monday, which will be the final night of the event. Halloween Horror Nights will begin at 6:30 on event nights and will end as early as midnight or as late as 2am. Check the official website for event hours.

Event nights are as follows:

Universal is offering a Florida Resident Getaway and a Gory Getaway. Gory Getaway offers multiple days of fun including access to Universal’s theme parks and Halloween Horror Nights and accommodations for 3 nights at a Universal partner hotel.