Summer Nights at Busch Gardens Tampa kicked off Friday night with a huge line up, including a revamped Kinetics, and magician Christopher Cool. The event runs now until August and will feature extended park hours as well as extra added entertainment. The biggest of which of course is Kinetix, a mix of music and contemporary acrobatics. Another big part will be magician Christopher Cool.

First up we get a look at Christopher Cool. His main stage magic show doesn’t start until this coming Friday, but that doesn’t stop him from walking the park and performing smaller shows throughout the day. 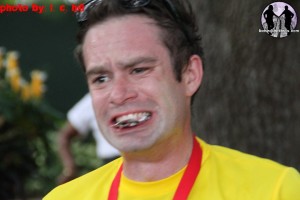 The range of illusions go from simple card tricks to even escape. He interacts fully with the crowd asking for volunteers and seems to genuinely have fun with what he’s doing.

He will be performing a full show several times a day starting Friday in the Marrakesh Theatre. Showtimes will be nightly at 5, 6,7,and 8p.m. except Mondays.

Meanwhile over in Gwazi field, Kinetix takes the stage as the highlight of Summer Nights. Last year Busch Gardens stepped things up with an all out assault on the night with Kinetix, lights on the coasters, music and lights on the trains and music everywhere. It seems that this year it’s scaled back a little with no lights on the coasters and train. It could still make an appearance, but as of Friday it seems to have taken a cut. Again, the park has added a Magic act to the mix, so that may account for the loss of the other items. But the real question is Kinetix, is it different? 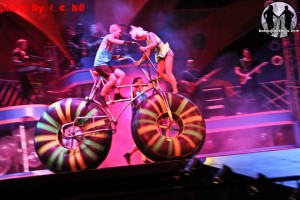 For the most part, no. It’s still the high energy show it was last year, and some of the numbers have returned. A lot of new ones have been added, however. BMX bikes, and a giant beach bike among them. It’s not enough to call it fresh, but not repeated enough to call it stale.
Definitely worth checking out.

Meanwhile, with all this talk of Cheetahs, you might forget that there are some other big cats in the park as well. 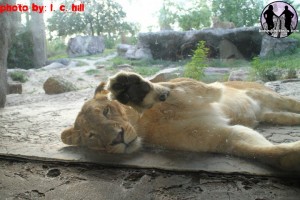