Last week the show that made a huge splash in Orlando, One Ocean, made it’s debut at Sea World San Diego, just in time for Memorial Day. Sea World also soft opened it’s all new interactive, immersive attraction Turtle Reef. Our friends from Worldwide Brian were there to check it out. 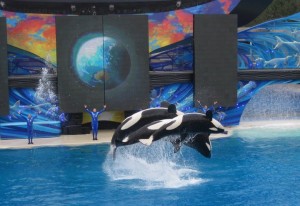 One Ocean made it’s debut in San Diego over Memorial Day Weekend, after making it’s debut in Orlando over a month ago. While the set up and show seems to be the same, and still wildly popular it’s said that it just seems to be “missing something” over the Orlando show.

According to WorldwideBrian.com “The show, while great, seems to have a lot of build up to nothing.”
Meanwhile, the park has been reporting capacity shows both in San Diego and Orlando. San Antonio is next.

Turtle reef was in the “soft opening” stages and though it was open, the area didn’t seem to have many turtles. We were told that would change by the time the Grand Opening rolled around. Still, the area has a very “Manta” type feel to it, and drew huge crowds.
[flickr-gallery mode=”photoset” photoset=”72157626882483700″]

Though both parks are “Sea World” parks, it’s always fun to look at all the subtle differences between each park. 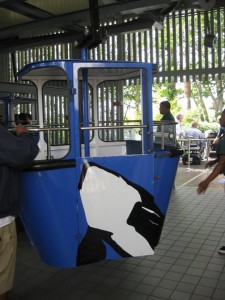 For example, Sea World San Diego has a Skyride with Shamu cabins!
Construction on Manta has begun as well 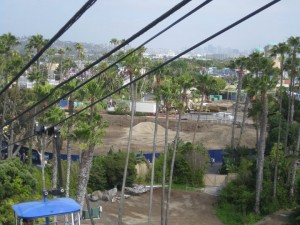 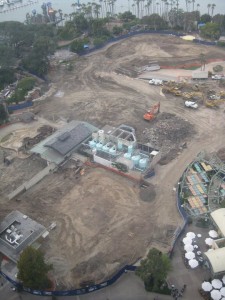 What is now just dirt, will soon be holes, as the majority of the coaster is said to be underground and will feature huge aquariums.
And then of course there’s this guy: 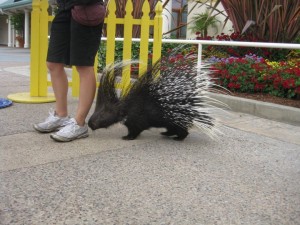 More Random pics from Sea World San Diego
[flickr-gallery mode=photoset photoset=”72157626882521032″]
Special thanks to WorldwideBrian.com for the pics. Check their site for a full trip report.