Earlier today, Disney announced that the first phase of Disney’s Art of Animation Resort would be opening in May 31, 2012 with the entire resort being open by the end of 2012. 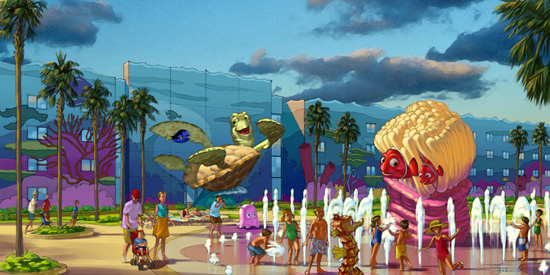 The new value resort, located near the Pop Century Resort, will offer a total of  1,120 family suites that include a bed room and living room. Rooms will be themed after several movies, including: Cars, The Lion King, and Finding Nemo. On top of that, there are 864 rooms themed to  The Little Mermaid.

Art of Animation Resort will be similarly priced to Disney’s All Star Resort and Disney’s Pop Century Resort.

If you are interested in booking your Disney vacation at Art of Animation, click here to book your room.