What would Space Mountain be without the darkness? Would it still be as fun and unique? If Rock N Roller Coaster no longer starred Aerosmith but instead featured Miles Davis, would it still rock?  According to the Orlando Sentinel that’s precisely what’s happening to the “Dragon Challenge” coaster (formerly Dueling Dragons) at Universal Orlando’s Islands of Adventure. 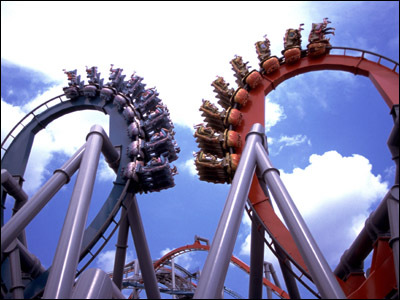 According to the Sentinel, Universal Orlando has made the decision to never allow Dragon Challenge to duel again. The decision comes at the end of an investigation into what caused two accidents earlier this year. The first incident came July 31st as Carlos Montalvo was struck by something and lost his right eye. Just a few weeks later another man, Jon Wilson claims that he was struck on the foot, arm and foot while on the coaster. The coaster then went to what was then called a “temporary adjustment” where the coasters were not released from the lift hill at the same time. This would avoid the “near misses” that the coaster was known for. While nothing has been confirmed, the near misses are what’s believed to be the problem. People either dropping things intentionally onto the other trains, or just loose items such as change in guests pockets.

The park does not allow any loose items to be taken on the ride and provides free lockers to guests while they ride. Yet many guests have been known to lose change, cameras and even car keys while on the ride. While the decision will upset fans of the coaster, and ride purists the decision is all about safety. Safety is the number one concern of the park and the necessary steps need to be taken to ensure each guest has the safest experience possible. 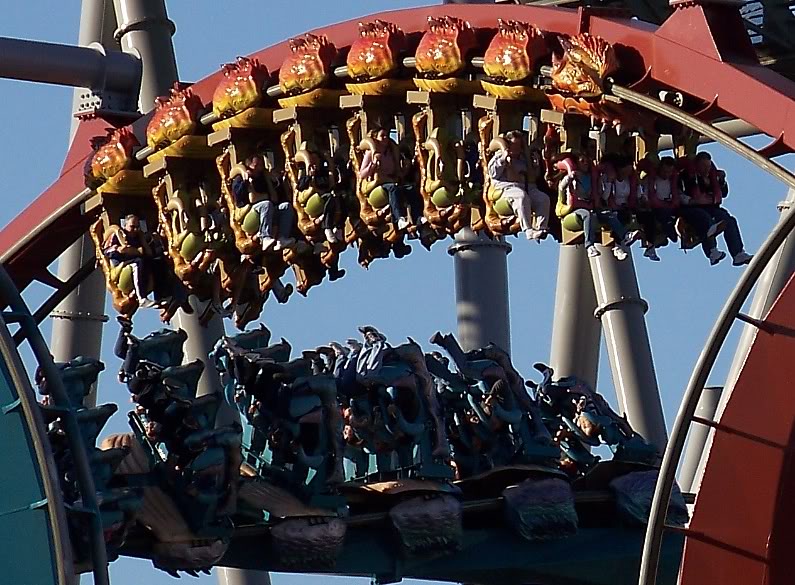 This isn’t the first major change the park has done to the coaster. The coaster was originally opened as Dueling Dragons. As guests walked the queue they were told the story of a kingdom besieged by demon dragons that now lay in ruin. A wizard had come to live out the remainder of his years, and was too old to defeat the dragons.

The line was completely gutted and unique features such as the moving stained glass window, the melted knights in the walls, the frozen knights in the ceilings and the catacombs full of skeletons were completely removed. The magic book from which the old wizard recited incantations to protect you was replaced with the Triwizard Cup from Harry Potter. The stained glass window replaced with a goblet of fire and a bed, and the knights in various stages of ruin replaced with golden eggs. The coaster, designed by coaster company B&M was specifically designed for the purpose of dueling and when launched correctly featured three near misses in which the riders of either train came inches of hitting each others feet (at least 18 inches, but still a cool effect).

Legend has it that the coaster was originally slated for Disney’s Animal Kingdom in the mythical “Beastly Kingdom” section of the park. The coaster was to be  “Dragon Tower” in which a dragon had taken residence in a huge tower and guarded his piles of stolen treasure. The castle would have bits of knights melted into the wall and feature an animatronic dragon blowing fire. That project was scrapped and later was reborn as Dueling Dragons as part of the all new “Islands of Adventure”. The legend will continue as one day we will tell new coaster riders of the times when Dragon Challenge was a real challenge and would duel. It now slips into the myth.