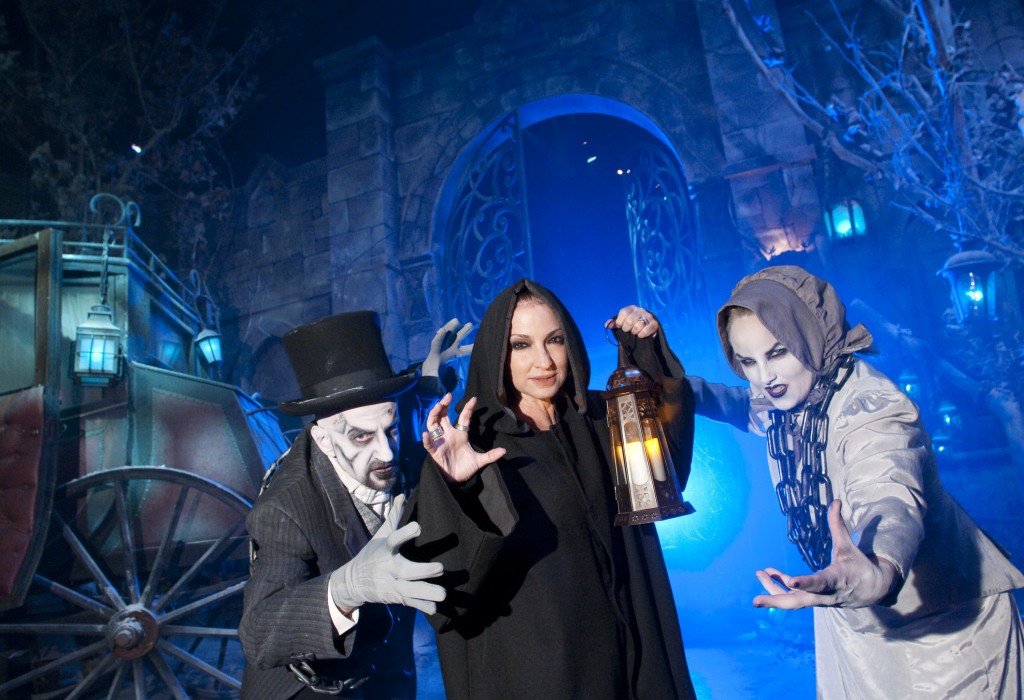 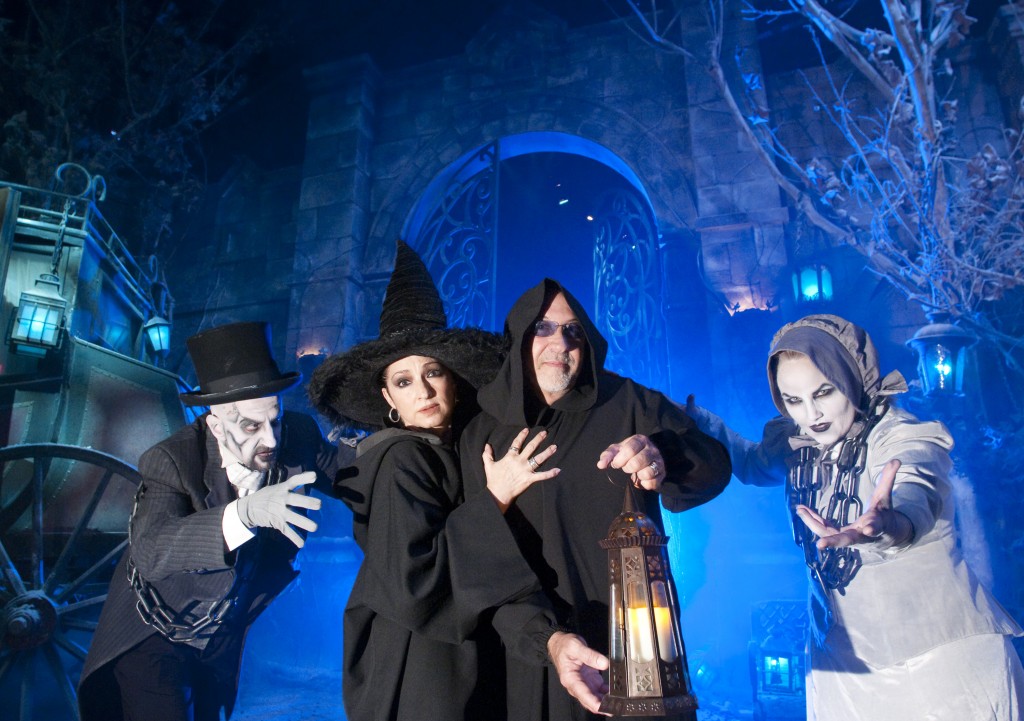 During her visit to Halloween Horror Nights, she spent a “Winter’s Night” at the event. Pictured above is Estefan making her way through the Hawthorne Cemetery, where she encounters many deceased souls. “Winter’s Night: The Haunting of Hawthorne Cemetery” is based upon a cemetery inhabitated by deceased souls that seek you. Follow the blue lanterns and everything might be okay.

Estefan and her family are huge fans of Halloween Horror Nights and have been going each year since the event’s inception in 1990. Estafan recently released a new album earlier this week, including hit single “Wepa”, which has already climbed to number 3 on the Billboard dance chart.