I hate to sound like a negative Nancy, but Haunt Season is just two weeks away from ending. It seems like it’s just gotten started and all of a sudden it’s going to come to an abrupt end with costumes and candy. Sure there’s still plenty of time to get your scares in, but the clock is ticking away quickly. While all the haunts are pretty good this year, the one that sticks out for us the most is Halloween Horror Nights at Universal Orlando. 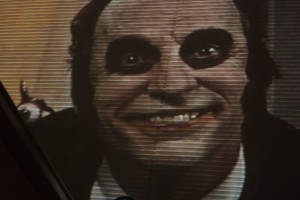 HHN 21 is the top dog again this year, and the houses are really shining. So, to keep the spirit alive all year round, here are five ideas that can help Universal keep Halloween Horror Nights in our hearts and in the minds of consumers year round.

What would you like to see happen to keep the Horror Nights spirit alive? Let us know in the comments below!
For more information on Halloween Horror Nights visit the official website!