Legoland Florida is quickly becoming a reality. We’re just two weeks away from the official grand opening of the park, and even less for pass member previews. We were invited back to Legoland for another peak behind the construction walls to see what Legoland has to offer guests when they open on October 15th.

One of the big questions that was asked when Legoland Florida was first announced was about the ski show. Cypress Gardens was well known for a Ski Show in the park. It was a local favorite and many were hoping that Legoland would keep it. Well, Legoland has decided to keep it and they’ve put their own spin on it! 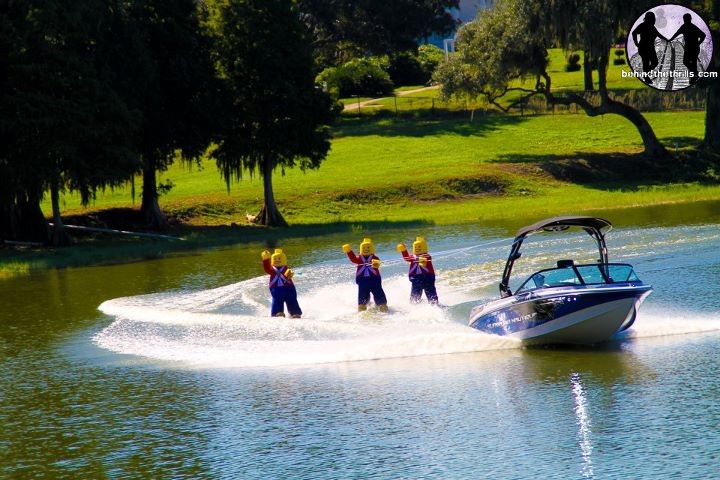 The show is called “Pirates Cove Live” and is, of course, themed to Pirates and Legos! We’ve yet to see the entire show, but the show looks very promising so far. The coolest part is the water skiing Lego people!

Legoland Florida is also offering another promising attraction that will allow your kids to roam free and learn the rules of the road on their own: Driving School. For younger kids, the park also offers Junior Driving School. The ride has no tracks, so they aren’t guided along the way. When they are finished, they will also receive their first driver’s license (but don’t let them drive because it’s not really valid).

Legoland released a video related to Driving School earlier this week as they built a Ford Explorer made completely of Legos that will be placed right outside of Driving School.

But Driving School isn’t the only type “schools” they offer. They also have boating school. The Lego models outside look great and really fit the area well. It looks like it’s going to be a lot of fun!

Legoland also offered an inside look at the Test Track roller coaster located within the Lego Technic section of the park. This coaster seems to cater towards older kids, but still fits the age range Legoland targets, 2-12. This is a fun little “wild mouse” style coaster with sharp twists and turns. We’ve been told it’s quite a blast!

Enjoy some some pictures of Legoland. Two weeks to go, folks!