Disney Ices the Castle for the Holidays!

Less than a week out of Halloween, and the Magic Kingdom is already celebrating Christmas! Friday marked the first time that Cinderella’s Castle has been officially “lit up” with loads of sparkling LED lights. The castle comes complete with a lighting ceremony in which the castle is decorated with “Icicles” for the Holidays. 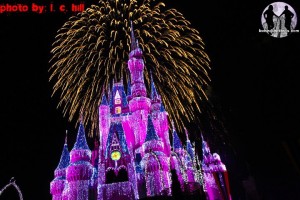 I don’t follow the little intricacies of the characters, but Mickey talks during the castle lighting show.

Elsewhere around the park, it’s a Christmas wonderland as the park is fully decked out and ready for the first “Very Merry Christmas Party” at the end of this week. There’s also a special “Jingle Smells” edition of Vinylmation 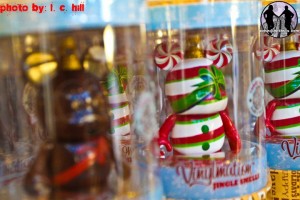 There’s just something about the Magic Kingdom during the holidays that is just so magical. Even if it is just after Halloween.

Elsewhere in the park, Fantasyland is coming along at a break neck speed. More buildings are going up, and the ones that are already up are getting some really distinguishing touches to them.

For more information about Mickey’s Very Merry Christmas, and the Magic Kingdom, visit the official website.

TAGChristmas 2011 New Fantasyland
Previous PostFacebook Fans of Seaworld will get glimpse of what New Worlds are on the Horizon Next PostHaunt Season 2011 ends-Looking towards 2012, predictions rumors and more!