Greetings…you may call me keeper, for I am the keeper of stories. Well it’s the time of year to count our blessings and give thanks so I thought it would be fun to reflect on the last year or so theme-park wise and give thanks (in no particular order) for….. 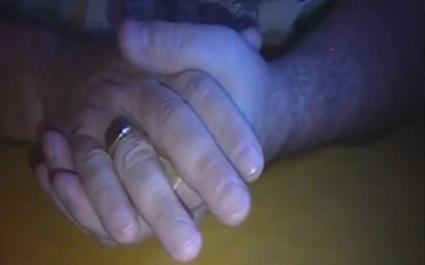 Gatorland at night: It’s amazing in a high-tech town what amazing low tech thrills that can be had with a flashlight and a swamp full of gators. Nothing more off-putting than a summer stroll on the boardwalk and looking out into an “empty” waterway and seeing hundreds of red eyes looking back at you.

Sea World’s Christmas: Not content to leave the festivities for the big boys, they came out swinging with a full blown celebration that celebrates the season. Their Polar Express makeover is the most stunning temporary change over I’ve ever seen. Not resting on their laurels, they are even adding another show this year. This coupled with their other seasonal events show that they cater to not only the tourists but the locals too. This year they truly can go toe-to-toe with Universal and Disney for delivering special events.

Half-Price Wednesdays: Cause getting games to the prices they should be is always a good thing.

Cypress Gardens returning: Although almost an afterthought in the primary colored plastic in Legoland, it’s refreshing to see some of our history preserved. There are dead ends, closed gates, and sparse landscaping but IT’S THERE. Drag those attention-span deficient kiddos away from the bricks for a few minutes and teach them some theme park history while it lasts.

The Final Frontier: Although just a casual fan, the Star Trek exhibit was a great treat. I know some thought the fantasy and reality didn’t mix well but I thought the message of the Star Trek universe seemed a perfect fit to the space centers theme of exploration and the future.

Holiday Storytellers: After getting trimmed leaner and leaner for a few years the full World Showcase came alive with holiday tales this past year. I’ve been critical of the mouse house a lot but here’s an event where the magic still shines. Maybe it’s the storyteller in me talking but it still brings water to my eyes and warmth to my heart to listen to these talented performers weave their spell.

Topper, Chris, and Cera in for checkups: If nothing else came out of the Potter expansion than this would be enough for me. It’s refreshing to see a park use the success of one area to help fuel and fund plusses, improvements, and extra entertainment property-wide. I hate to be cynical but I wonder if park goers would have benefited as much if something similar happened at another park. Good to see Triceratops Encounter back at Islands of Adventure (or Triceratops Discovery Trail) even if it is just seasonal.

Theme Parks that masquerade as non-profits:  Cause a free day is still a free day no matter what religion you are.

The month long Halloween season: Thanks to Halloween Horror Nights my Halloween starts at the end of September. It’s a weird dynamic that there are friends that I don’t see all year round but we all seem to crawl out of our various sewers, graveyards and haunted houses every year to enjoy the celebration. I described it once to someone as one big close family that only gets together once a year. It’s a month-long family reunion that my body is still aching from weeks later. There are clicks, arguments, laughter, scares, and camaraderie. No where else can I be in a park full of thousands of people and every 10 minutes find a familiar face no matter where I travel. Although I don’t see them as often as I’d like, my “Autumn Family” hold a dear (if somewhat cobwebbed, dank, and spooky) place in my heart.

Miniland: Not sure how it will look faded from theFlorida sun or after a tropical storm rolls thru but right now it’s worth a brickload to theWinter Haven landscape.

Central Florida Acting Community:  I am always grateful that I live here where there is such a talented pool of hard-working performers.  I see your faces in theme parks during the day and at dinner shows at night. I see you at Horror Nights until you disappear until Grinchmas and then surface again at Mardi Gras. It’s a grueling thankless job but it takes our enjoyment to the next level. Where would we be without Kimberly Duncan, Lonnie, Alex Ross,Taylor and the countless others that take what could be boring and repetitive and ad-lib the heck outtta it until it’s a finely tuned masterpiece.  At times it must seem like you’re just entertaining yourselves but we get it..and love ya for it

Giant Blue Cats going to Disney: Yea good luck with that.  The person I feel sorry for in all this is poor Joe Rhode. Yet another truckfull of fertilizer to dump beneath that big-ass fake tree. It’s a tribute to his team and perseverance that there is ANY of the original concepts still alive in this park. All the life that wasn’t weeded out during construction has continued to be whacked at as time progresses. Ironic that a park that  should be a tribute to life is shockingly dead.

You: Writing is a solitary art and it’s hard to judge when I hit the mark or even if I have something worth talking about. I’m thankful for the feedback from all of you. An adventurer just needs the journey but a storyteller also needs an audience. Thank you for listening to mine and remember…

Every day’s An Adventure