New Worlds on the Horizon for Sea World Orlando

Sea World Orlando will be making a huge announcement on November 8th about things to come at the park for the future. Construction walls have already gone up already up around some of the park in preparation for the new projects. But what exactly is happening? 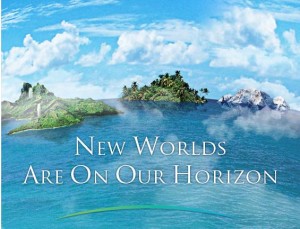 The only definite clue to go by comes from the official announcement. Three separate islands, each with a different theme and motif. This is possibly pointing to three new attractions.
Recently the Orlando Sentinel uncovered plans for three new attractions coming to the park.
Those plans are:

The announcement happens Tuesday November 8th, 2011.  We will be at the announcement so make sure to follow us on Twitter, and Facebook for all the latest information.
For more information on SeaWorld including tickets, visit the official SeaWorld Orlando website.
TAG2012 Attractions SeaWorld Orlando
Previous PostBusch Gardens Tampa announces 2012 events plus more Next PostThrill Weekly Poll:The King of Halloween 2011!