Nick Swisher and JoAnna Garcia visited Legoland Florida the other day and visited the Miniland USA section of the park. Miniland USA, composed of nearly 20 million Lego Bricks, showcases popular landmarks from around the United States in an interactive way for children.

Pictured below is the couple inside the New York section of Miniland USA. 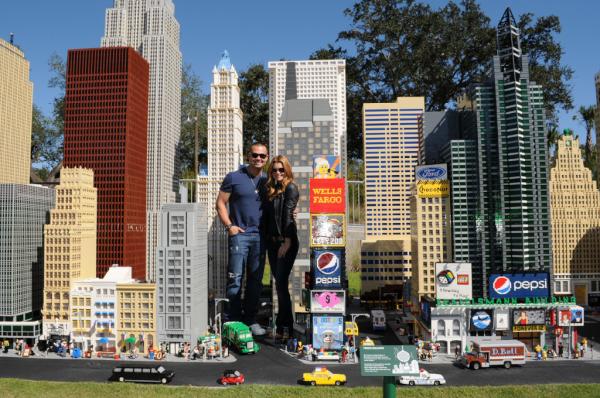 Nick Swisher is a member of the Yankees baseball team, based out of New York. JoAnna Garcia is an actress, featured in Family Guy, the Penguins of Madagascar, American Pie 2, and more. Garcia and Swisher were married in December of 2010.