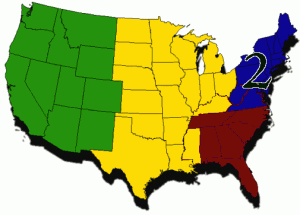 If there is a park that you don’t see nominated, please be sure to nominate it! We try to stay on top of all the themeparks, but sometimes a few do slip through the cracks. If the park is not nominated, and is not in the states listed above, please be patient, we will most certainly get to your park in the coming weeks.
Remember that you can vote once a day for this and every poll!
This poll will close Wednesday, and Round 3 will begin!
We fully encourage everyone to post their favorite park via Twitter, and Facebook. If you are a park, or a fan of a park, we fully encourage everyone to spread the word and make your park a winner!
TAGPark of the year Thrill Weekly Poll Thrill Weekly Poll 2011
Previous PostHarry Potter and the army of clones-More Potter coming to other parks? Next PostLegoland Florida unveils new premium annual pass and waterparks details