This coming Friday, Universal Orlando will be celebrating Veterans Day at Universal Studios with some special events. Universal Orlando’s Veteran’s Network, which is composed of more than 400 team members who have served in U.S. Armed Forces, will commemorate Veteran’s Day with a special in-park parade. The parade will run through out the Studios beginning at 11am on Friday the 11th. 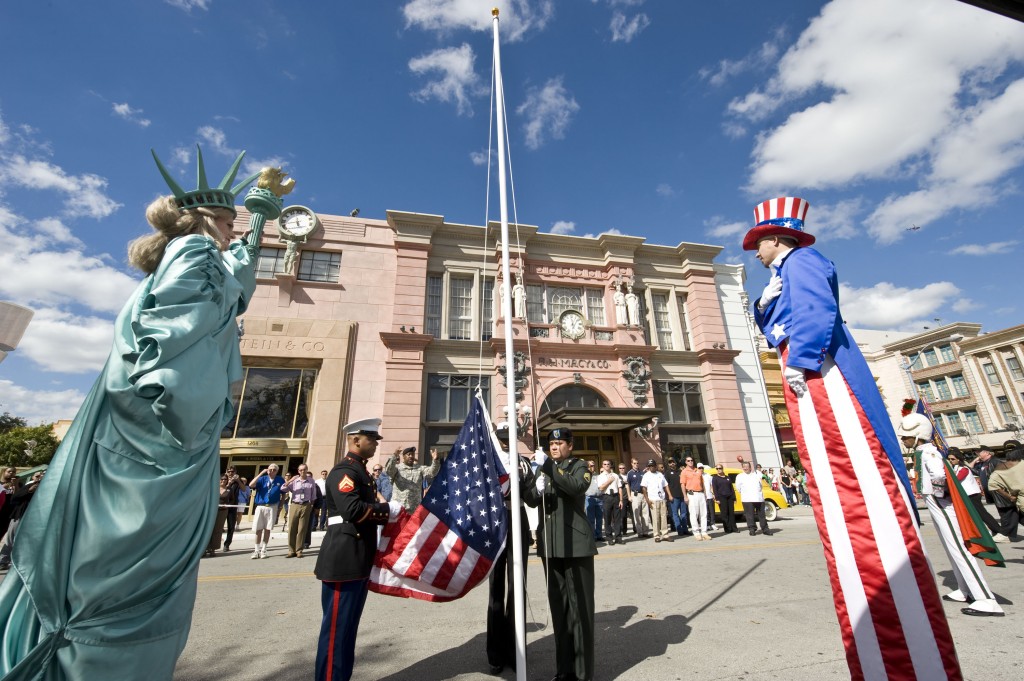 The parade will begin in front of Beetle Juice at 11am. During the parade, a ceremony will be held as the flag is raised in the New York area of the park.