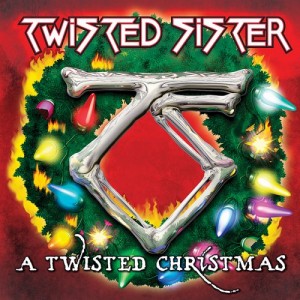 I met Dee Snider at Halloween Horror Nights 17. He was fairly quiet, extremely intelligent and well spoken. He was also a fan of horror. He looked the heavy metal part, and I being the reverent child of the 80’s I am, bowed before this deity of metal . When he told me that his band Twisted Sister had released a Christmas album, and it would be a big push for 2007 I said “Good luck with that”. Yeah, little ole me brushing off a rock star. When I finally picked up a copy of the CD, I was surprised to hear not only something that stuck true to the roots and spirit of Twisted Sister, but also something that was a pretty entertaining Christmas album.
It’s just the type of thing you wouldn’t expect, but at the same time being a fan of Twisted Sister and Dee Snyder, you learn to expect the unexpected. He single handedly took on Tipper Gore and the call that music was “dirty” and “corrupting America’s Youth”. He’s acted, hosted a talk radio show, and has even played with reality TV. He’s also a Republican….go figure.
httpvh://www.youtube.com/watch?v=YV-SpT69IZ8