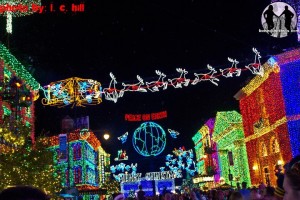 Christmas music seems like it hasn’t changed much over the last 50 years. We get the old standard Christmas songs remade time and time again by new artists. It’s almost as if we hit this creative Christmas cutting point where everyone said “okay, these songs are good enough” and stopped coming up with original ideas.
That’s where Trans-Siberian Orchestra comes in. The band formed in 1993 and formed as a Metal Band. Members of the band also formed the metal band Savatage. They first planned to release a Rock-Opera based around the Bolshevik Revolution called “Romanov:When Kings Must Whisper”. Plans for that were cut short when one of the members of Savatage was killed by a drunk driver and the band had to then record and release a Savatage album to keep the label from dropping the band.
When Trans-Siberian Orchestra finally released their first album, it was a Christmas Rock Opera. In 1996 the band released “Christmas Eve and Other Stories”. The band at the time didn’t have a name, and were pressured to come up with a name, so having spent a lot of time in Russia doing research for “Romanov” they spent time in Siberia and on the one thing that connected people there, the Trans-Siberian Railway. The band switched railway for Orchestra and TSO released their first album, which still stands as their most successful album to date.
The band released two other Christmas albums, completing the “Christmas Trilogy” with The Christmas Attic(1998) and The Lost Christmas Eve(2004) all of which featured songs which served as part of a larger story.
Since first debuting with songs like “Christmas Eve/Sarajevo” and “Wizards in Winter” the bands songs have become favorites for holiday displays, both commercial and home displays alike.
httpvh://www.youtube.com/watch?v=VlHbqqqxEgE
Trans-Siberian Orchestra fully embraces the Christmas spirit doing holiday shows, and giving in big ways to charities.