Hollywood Drive in Mini Golf “We got cows!” 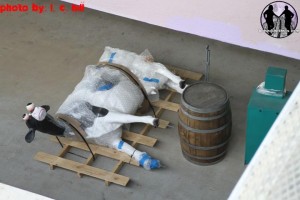 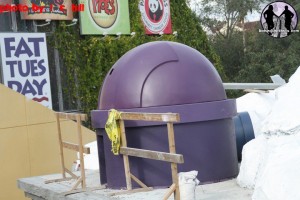 On the horror side a strange purple thing has erupted right behind the giant three eyed snake worm. What on earth could this be for? We’re hoping for some giant pop out monstrosity. 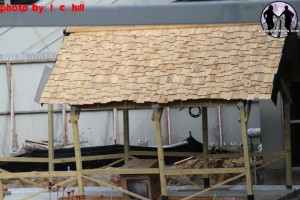 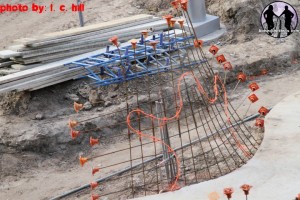 It’s a ghost! Kind of. I hope this the start of something utterly amazing, and not just a Scooby-Doo style ghost.

More pics from the Drive-In:

This is shaping up to be one cool little golf course. It seems a lot of the fixtures are getting wired, so we could very well see a lot of moving parts and pop up fixtures. The Hollywood Drive-In Mini Golf is scheduled to open some time in 2012.
For more information on Universal Orlando, visit the official Universal Orlando website!

IAAPA – Latest and Greatest in the Amusement Industry!